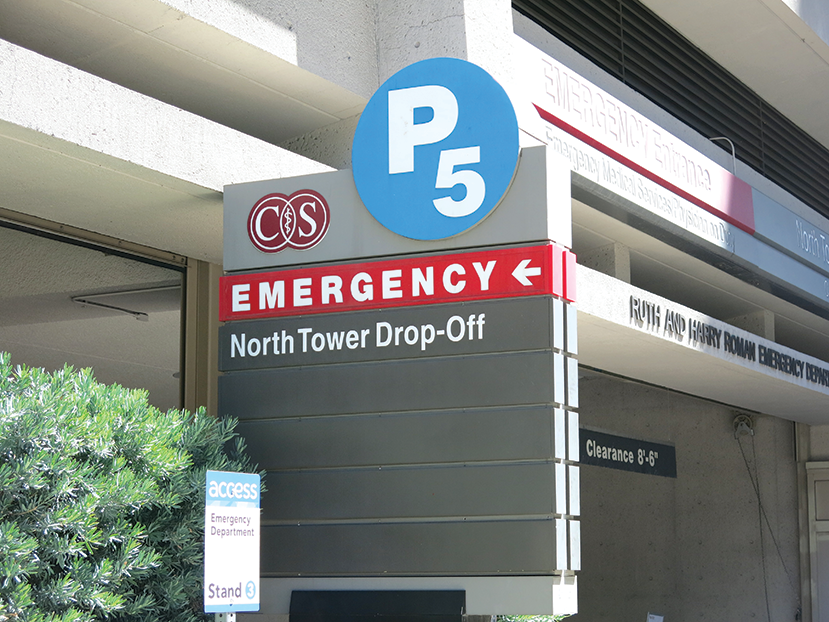 On May 4, the Beverly Hills City Council met with the city’s Health and Safety Commission and Medical Advisory Task Force to discuss the medical aspects of the coronavirus pandemic, including the potential for contact tracing to help limit the spread of the virus and the importance of testing and screening.

Before the medical talk began, however, most members of the City Council publicly criticized Councilman John Mirisch for his actions during and after the April 28 council meeting. During that meeting, the council lifted its ban on non-emergency medical and dental procedures in the city and deferred instead to state and county rules and guidelines regarding medical and dental care.

Mirisch, who was the lone vote against lifting the city’s ban, claimed the council’s decision would reauthorize cosmetic surgeries and procedures, which might unnecessarily help the virus spread.

After the meeting, Mayor Lester Friedman claimed, Mirisch proactively reached out to news media outlets to advise them that cosmetic procedures were resuming in the city, actions he described as “inappropriate” and damaging to the city “in the court of public opinion.”

Mirisch denied Friedman’s claims and said media outlets reached out to him after seeing his social media posts expressing his disappointment with the vote. CNN, the New York Times and others published stories in which Mirisch was quoted as opposing the ban’s lifting.

“We’ve all been on the wrong end of a 4-1 vote … I’ve never seen a performance where someone, when the vote didn’t go their way, [reacted the way Mirisch did],” Councilman Julian Gold said.

The council members also criticized Mirisch’s language during the April 28 meeting, in which he used the phrase “boob and butt jobs” multiple times to illustrate what he thought would be allowed. Councilwoman Lili Bosse registered her displeasure with the terminology during the meeting on April 28 and reiterated it during the May 4 meeting.

“We can agree to disagree … but what we pride ourselves [on], the city of Beverly Hills, is that we’re a city of heart, and not divisive. Now more than ever, we have to come together, and to be divisive among ourselves is truly disgraceful as well. I’m mortified as to how this occurred,” Bosse said.

Gold added that Mirisch’s use of that phrase was a “misogynist representation of cosmetic surgery” and had “shades of Harvey Weinstein.”

“Your misrepresentations were destructive to the city and the council and ultimately, reprehensible … It was disgraceful,” Gold said.

Mirisch added that his fellow council members had “no reasonable or rational reasons” to not exclude cosmetic procedures on April 28.

“That was my concern, and that’s why I used some language that some people may consider to be salty or whatever … I’m not going to sit on my hands when policies are being put in place that endanger people,” Mirisch said.

During the City Council meeting on May 5, Mirisch tried to add two amendments to the city’s emergency ordinance. One would specifically ban medically unnecessary cosmetic procedures. When that failed to gain traction, Mirisch proposed a second amendment that would protect workers who did not feel safe returning to work at medical offices where cosmetic procedures were being performed. The council declined to take action that night, but agreed that Mirisch’s proposals would be discussed at a future study session.

During the meeting of the council, Medical Advisory Task Force and Health and Safety Commission, Dr. David Hopp, a task force member who serves as president of the Los Angeles County Medical Association District 7 – which includes Beverly Hills and Cedars-Sinai – said Mirisch’s characterization was harmful to plastic surgeons and other medical professionals who perform outpatient reconstructive surgery. Hopp added that over 85% of patients who undergo plastic surgery are not doing so for cosmetic purposes.

“To hear the disrespect or denigration of the moral compass of plastic surgeons, of whom 95% do reconstructive surgery – that is, treating breast cancer and melanoma patients – to consider them to be nothing but cosmetic surgeons is a bit disrespectful,” Hopp said.

Aside from the Mirisch-related remarks during the task force and commission meeting, the council, commission and task force also discussed the medical aspects of the fight against the coronavirus pandemic. Several doctors offered their opinions that, for the city, state and country to resume many day-to-day activities, much more testing would be required.

“Testing is absolutely critical, both for surveillance and diagnosis. If we don’t get [tests] in large quantities, we’re going to be asking these same questions months from now, and that’s terrible,” said Dr. Jonathan Fielding, a UCLA professor and former head of the Los Angeles County Department of Public Health.

Both types of testing – the swab test that shows if someone is currently infected and the antibody test that shows if someone has already recovered – will be necessary as the country moves forward, though the importance of the antibody test has yet to be established, the doctors said. As of now, there is no proof that those who have recovered from COVID-19 cannot contract it again, meaning the presence of antibodies may not “imply immunity,” said Dr. Enrique Terrazas, a task force member.

“The antibody test will give us information about how many individuals in the community have been exposed to the virus, but we still need more information,” Terrazas said.

What testing will do, the experts said, is allow government agencies to track those who had proven to be infected with the virus and see who else may have been exposed. The strategy, known as contact tracing, will better allow flare-ups to be detected as society begins to reopen.

Technology companies Apple and Google are working with the Massachusetts Institute of Technology on a smartphone application to help with contact tracing, and Iceland and Israel have applications of their own, according to the city staff report. Beverly Hills is exploring its options regarding a contact tracing app for the city, the report added.

“We need ongoing public health surveillance with a statically valid number of people getting tested, probably on a daily basis or every other day, to see what the level of disease is in the population,” Commissioner Dr. Lee H. Hilborne said. “Then, as we relax some of the social measures, we need to be able to monitor if there are increases because of that. Hopefully, there will not be.”

Terrazas added that he feels enough tests are available to meet the existing need.

“Overall, the availability of testing kits is good, so we’re able to meet the current capacity. As the volume of people getting tested increases, that may change, but today [there are enough],” Terrazas said.

“From the standpoint of Cedars, we’re doing well and we’re ready to take care of whoever needs us,” Torbati said.

The doctors also discussed other safety measures that could be helpful, such as health screenings and temperature checks when entering public buildings like offices. While such measures may not detect everyone who’s sick, the doctors said, they will discourage those who are not feeling well from leaving their homes.

“Not since the end of World War II have we seen a society so ready to get out of the house and get back to work, so every bit helps,” Commissioner Dr. Kirk Chang said.

Can’t get groceries? Order a Zoomer

Mirisch is just flat out dumb and causes embarrassment to the city. His misogynistic tone against women and irresponsible actions reaching out to media with false statements should result in him being removed from the city council and being part of any public policy decisions.
The majority of the council’s 4-1 vote had the backing of some of the top medical experts in the world. “Mirisch’s characterization was harmful to plastic surgeons and other medical professionals who perform outpatient reconstructive surgery. Hopp added that over 85% of patients who undergo plastic surgery are not doing so for cosmetic purposes.”
Not only that Mirisch is clearly unqualified to provide any input since he doesn’t understand that Botox is not a surgery 1st off and that many botox treatments are used to treat eye disorders and treatment for muscle spasms. Excellent reporting by BP.