‘Clone Wars’ finale corrects a franchise that once went wrong 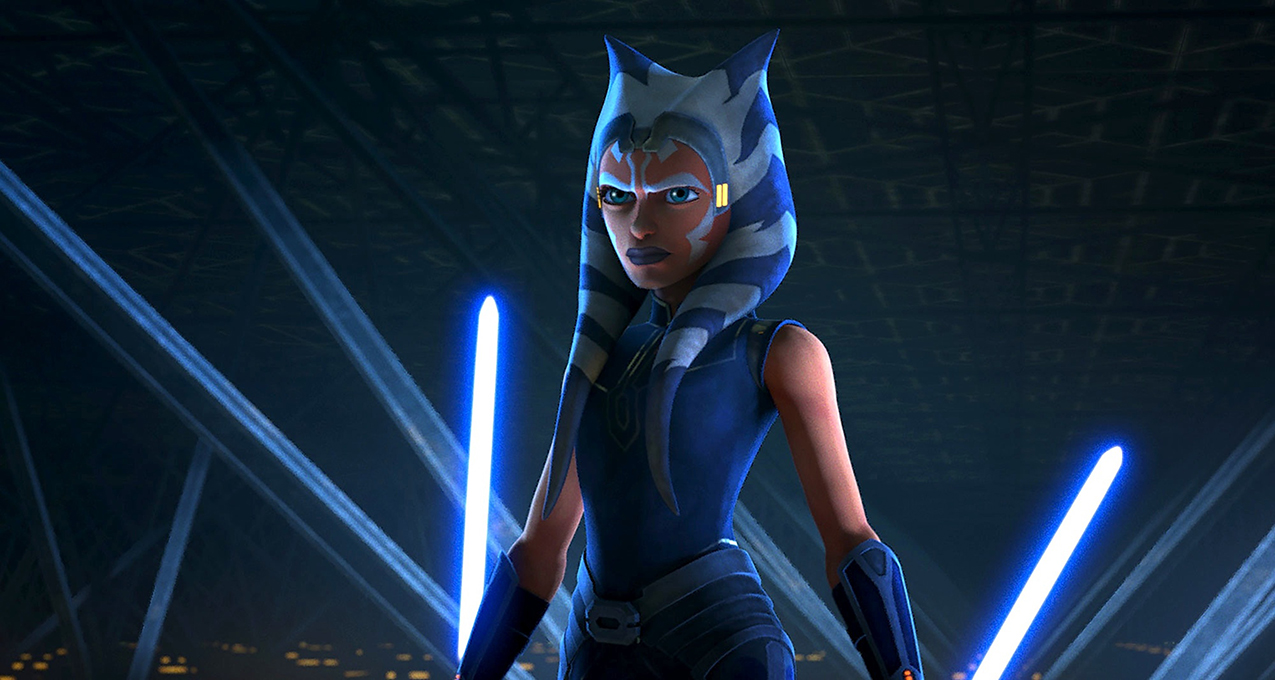 An uncomfortable truth: the “Star Wars” prequel trilogy is painful, nearly unwatchable, but it still gave us “The Clone Wars,” a remarkable computer animated series set between “Attack of the Clones” and “Revenge of the Sith.” Sure, it dances between darkly poetic and juvenile throughout the original six seasons, but it included enough amazing moments to make its cancelation in 2014 disappointing.

Luckily, Disney+ needed new content, hence season seven has arrived with a 12-episode sendoff. And, unlike plenty of other series that fade away, a four-part finale ties “Clone Wars” directly in with the prequel trilogy and highlights the best of “Star Wars”: grand battles, increasing obstacles, great characters and, of course, an epic lightsaber duel.

“Clone Wars’” best features include the revival of Darth Maul following a punk death in “Phantom Menace,” and introducing Anakin Skywalker’s padawan Ahsoka Tano (voiced by Ashley Eckstein), one of the most enduring characters to traverse a galaxy far, far away. And then, there’s clone trooper Rex (Dee Bradley Baker), one of many duplicates of Jango Fett from “Attack.” Thankfully, the series finale tells their story magnificently across four episodes of pure bliss.

A central question lingers in the shadows of every episode: How will this end? Things get pretty bleak come “Revenge,” and the last four episodes, each with their own titles but also labeled Part I through Part IV. For any curious viewer hesitant to dive in, plenty of online resources provide helpful lists of essential viewings, but here’s a quick run-through.

Ahsoka transitions from immature sidekick to the series’ most compelling character, ending season five on a cliffhanger when she leaves the Jedi Order (they hang her out to dry thanks to Republic politics). Meanwhile, Maul (Sam Witwer) takes over Mandalore, the warrior planet with all the cool armor that adorns bounty hunter Boba Fett and the protagonist of Disney+’s live-action “Star Wars” series “The Mandalorian.”

Following eight tangential episodes in season seven about clone troopers and Ahsoka’s brief stint as a smuggler, some rebel Mandalorians confront Ahsoka and ask for help taking their planet back from the ex-Sith Lord. Even though she no longer represents the Jedi, Anakin (Matt Lanter) and Obi-Wan Kenobi (James Arnold Taylor) provide her with a small army, including Rex, while they go off to confront General Grievous in the events that begin “Revenge.”

The entire story coincides with “Revenge,” from that inaugural scene to Emperor Palpatine’s execution of Order 66, which forces all clone troopers to wipe out every Jedi across the galaxy.

The finale of the final season functions like a film, including a more dramatic intro that uses the classic Lucasfilm logo that appeared before each original film. What transpires immediately after is breathtaking, on par with the best moments of “Star Wars”.

Ahsoka’s double-wielding lightsaber skills when the ships enter the Mandalorian atmosphere are a sight to behold, portraying animated action choreography unseen on the silver screen (though Disney better compile these episodes into a 90-minute film for a limited IMAX release when things open back up a long time from now in a theater near, near our homes).

Maul clashes lightsabers with Ahsoka in “Clone Wars,” one the best offerings in the “Star Wars” franchise. (photo courtesy of Disney)

And, when Maul and Ahsoka clash sabers, they do so with help from a special guest. Ray Park, the original Maul actor in “Phantom,” returned to help motion capture the entire sequence. But that’s not all that transpires. Battles, Force abilities, exploding space ships, Mandalorians rocking rocket packs – this is the peak television that doesn’t get enough love.

What’s next for Ahsoka and Maul remains a mystery (mild spoilers here).

“Solo” provides hints at how Maul (Park back on screen for a hot second) spends his time. And live-action casting rumors for “The Mandalorian” imply Ahsoka is far from done.

The four-part finale is a love letter to fans desiring closure, but it can also be a gift to anyone in dire need of a story as action packed as it is Shakespearean, especially those chill-inducing final moments, complimented by Kevin Kiner’s film-scale music score.

Frankly, “Clone Wars” shouldn’t be this good. It wasn’t at the start. In an abysmal animated film pilot, Ahsoka arrives as a rather obnoxious character. Developer-writer-director David Filoni (“Avatar: The Last Airbender,” “Star Wars Rebels,” “The Mandalorian”) set the series on rocky ground, but when it found its stride, something amazing emerged.

To call “Clone Wars” a perfect series doesn’t work, but that’s the “Star Wars” way: bumps on the way to greatness. So, even if only half of the series’ 134 episodes shine, that’s still around 1,450 minutes of quality entertainment. Reimagining Maul as a philosophical sociopath hellbent on destroying Jedi and Sith alike, exploring Ahsoka’s character evolution, especially those insane saber skills, and depicting troopers as more than mindless, aimless drones – that’s the level of depth “Star Wars” can and must continue to offer.