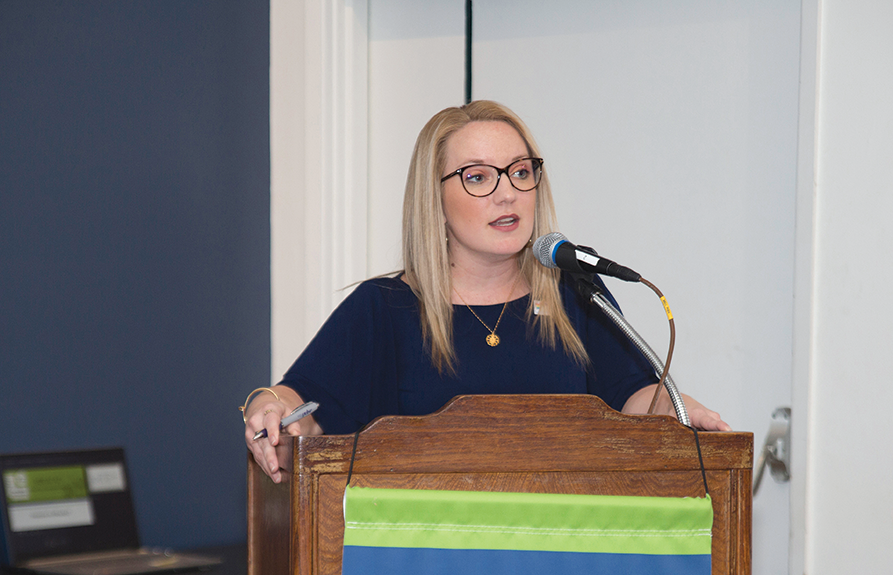 People listen to each other when they need advice or help in solving a problem, but during an emergency, such as the coronavirus pandemic, it’s vital to obtain the right information from trusted sources.

In the city of West Hollywood, Mayor Pro Tempore Lindsey Horvath will be participating in the Israeli-American Civic Action Network’s Virtual Town Hall Series tonight, April 2, at 7 p.m. to discuss the latest developments with the COVID-19 pandemic and its impact on West Hollywood.

ICAN has partnered with Congregation Kol Ami, located at 200 N. La Brea Ave., and the two organizations will ask Horvath questions about the city’s efforts and response to the virus. The virtual meeting is open to the public by registering at israelusa.org/events.

For those who are unable to participate, updates and information on West Hollywood’s response to the coronavirus can be found by visiting weho.org/city-government/emergency-information in English, Spanish and Russian.

As part of the emergency response, the city organized an emergency supply drive at Plummer Park on Wednesday, March 25. Community members were asked to donate medical supplies such as sanitizer, masks, gloves, gowns, shoe covers, face shields and goggles.

“I didn’t know what to expect given that people were asked to stay at home. People donated meaningful supplies,” Horvath said. “It really helped that we worked with the West Hollywood Chamber of Commerce.”

In addition, the city of West Hollywood is seeking to increase and extend COVID-19 testing; however, any plans must be approved by the Los Angeles County Department of Public Health. Horvath said the city has been working with Los Angeles County Supervisor Sheila Kuehl, 3rd District, on this effort.

The city is also following L.A. County’s new directives which define instances of self-quarantine and self-isolation. People who have been exposed to COVID-19 should self-quarantine for 14 days with the only exception of receiving medical care. The self-isolation period must last for at least 3 days without symptoms if someone has been diagnosed with the possibility of having COVID-19.

West Hollywood Mayor John D’Amico understands the importance of keeping his distance, as he had previously tested positive for coronavirus on March 18, but since then has recovered from the illness.

D’Amico said he is doing great, but had been sick for two weeks before he officially got tested for COVID-19. He added that after obtaining his results, within a day he started feeling better and some of his symptoms had gone away.

Now, he is back to working for his day job at UCLA Capital Programs and for the city of West Hollywood.

“We are working on a lot of proposals for employees and employers,” D’Amico said.

D’Amico, Horvath and the rest of city staff are working on creating new city legislation that address the following issues: the ability for workers to get back to work in their previous jobs before the crisis began, access to health care coverage during the pandemic and creating a resource center that can get West Hollywood workers back to work in other jobs in the city as they become available.

According to Horvath, city staff will bring options to the West Hollywood City Council for consideration at the next meeting on Monday, April 6.

The city of West Hollywood has created a repository of information for workers on its website, weho.org/services/coronavirus-covid-19/worker-resources.

Along with providing resources and services, the city is also attempting to protect its residents from an increase in coronavirus scams involving fraudulent and malicious websites, email schemes and phishing emails containing suspicious links, as well as dishonest door-to-door requests for donations.

The city offered these safety tips to prevent residents from being victimized: avoid online advertising offers related to COVID-19, decline door-to-door solicitations claiming COVID-19 fundraising, do not click on emails or attachments that are unfamiliar, visit trusted websites for COVID-19 related information and donate to trusted organizations.

“It’s an important time for people to be vigilant,” Horvath said.

If residents believe they have been scammed, they should contact their bank immediately and report the information to local law enforcement. Call the West Hollywood Sheriff’s Station at (310)855-8850.

Lastly, the city is informing the community about adjustments to census operations. The U.S. Census Bureau has released a timeline of planned extensions which include extending the self-response phase until Aug. 14, notifying households across the country to respond online and interviewing nonresponsive households between May 28 and Aug. 14.

“The census provides critical information,” D’Amico said. “A complete count will help to ensure that West Hollywood receives a fair share of federal funding and investments and, on a state level, the count will determine California’s apportionment in the U.S. House of Representatives. As this coronavirus pandemic proves, it’s more vital than ever that people in our community take part and be counted.”