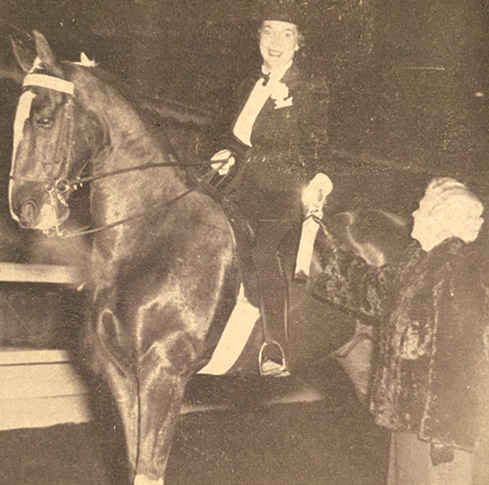 A photograph in the April 17, 1952, issue of the Park Labrea News showed Marian Towne, of Colgate Avenue in Park La Brea, demonstrating her equestrian skills. Towne, a successful businesswoman, owned two American Saddlebred horses named Sporting Lad and Cock Robin, which were boarded at stables and entered in many shows at the time. She was shown riding Cock Robin after winning a competition at the Flintridge Amateur Horse Show in November 1951.