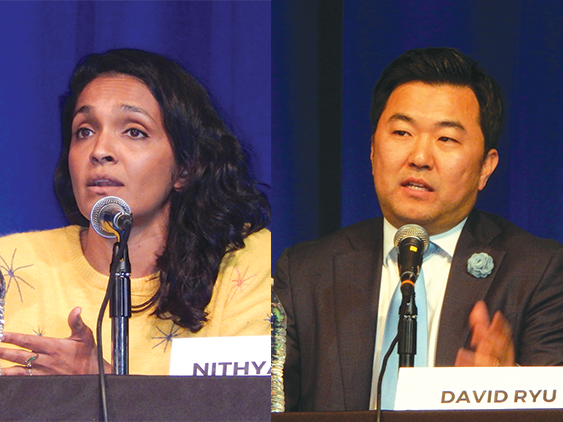 In a statement provided after the final vote certification, Ryu’s campaign spokesman Daniel Eyal said Ryu remains focused on the city’s response to the COVID-19 emergency and has temporarily suspended campaigning.

“Councilmember Ryu is proud of earning the most votes in the March 3 primary for CD4 and for building a powerful coalition, including neighborhood leaders, tenant activists, labor leaders and the Democratic Party. Councilmember Ryu’s broad support reflects his strong record of fighting for working families,” the statement read. “Currently, Councilmember Ryu has suspended campaign activities for the November general election as he works with city, county and state leaders to address the unique needs of the city’s most vulnerable during the coronavirus pandemic.”

Raman also issued a statement about the certification of primary election votes.

“At this moment, our city faces a pandemic that has driven so many Angelenos into financial precarity, and devastated so many more who were already barely surviving,” Raman said. “The message at the core of our campaign – the need for basic rights and protections for every resident of L.A. – is more vital and urgent now than ever before. In the coming days, I’ll be sharing ideas for how we cannot just help L.A. recover from this crisis, but emerge from it a healthier, safer, more-just city.”

Raman, an urban planner and homeless advocate who co-founded the SELAH Neighborhood Homeless Coalition, credited her second-place showing to a grassroots campaign that brought people together throughout the district. She said 700 volunteers knocked on 80,000 doors, some twice, to reach voters in the weeks leading up to the election.

“I hope to continue building the incredible momentum we already saw in the primary,” Raman said. “I want to fight for a vision many people are excited about.”