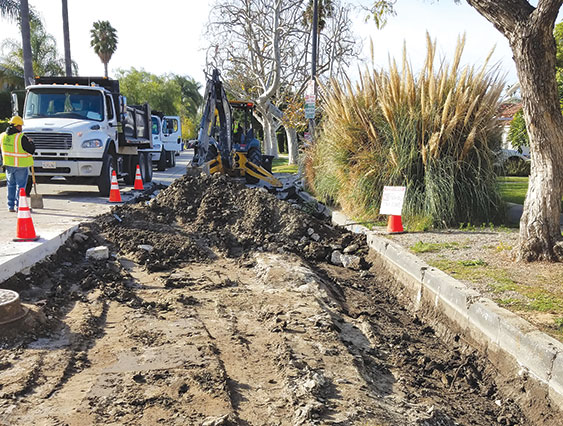 photo courtesy of the Los Angeles Bureau of Public Works

Crews from the Los Angeles Bureau of Public Works recently completed street repairs on La Jolla Avenue, south of Melrose Avenue in the 5th Council District. The work, completed in March, replaced the concrete street surface between Melrose and Rosewood avenues. It was part of general street repairs funded in the city’s 2019-20 budget, which allocated $7 million for projects.

Other resurfacing was also recently completed in the surrounding neighborhood, including repairs on Harper Avenue from Clinton Street to Oakwood Avenue. The city prioritized the work in the area based on an analysis of streets in most need of repair, said Bureau of Public Works spokesman Paul Gomez. The bureau is also in the process of repairing sidewalks and alleys under a similar program.