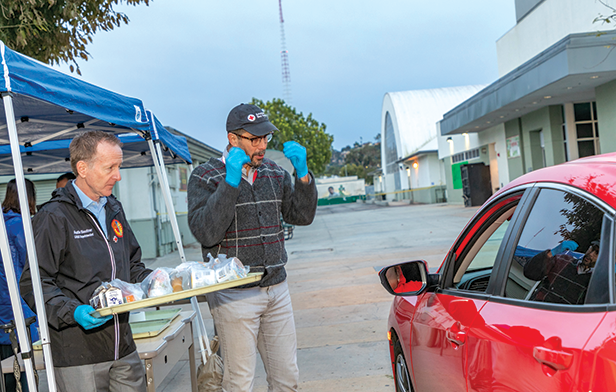 The American Red Cross Los Angeles Region announced on April 9 that after three weeks of partnership with Los Angeles Unified School District, more than 5.7 million meals have been provided to students and families at the more than 60 Grab & Go Food Centers across the district. This is more meals than the 4.5 million meals and snacks the Red Cross and partners distributed during Hurricane Harvey, one of the worst flooding disasters in U.S. history.

Throughout the past three weeks, more than 570 Red Cross volunteers and partners have reported to the Grab & Go sites to hand out meals to thousands of families.

In addition, Red Cross AmeriCorps members have been able to educate more than 20,950 individuals about preparedness education while they pick up food at the Grab & Go Food Centers.

“Hundreds of Angelenos have stepped up to help by volunteering, donating blood and supporting us so that we continue our lifesaving work in new and creative ways. The partnership with Los Angeles Unified is special to this area, and we are honored to be part of a mission that supports the community around us and prevents food insecurities,” said Jarrett Barrios, CEO for Red Cross Los Angeles Region.