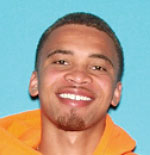 The suspect, Raj Weaver-Bey, of Arleta, was taken into custody and booked for identity theft and grand theft, but released immediately pending a court hearing in July because of rules in place during the COVID-19 health emergency, police said. Detectives have identified two victims and believe there are more.

A female victim who formerly lived in Hollywood reported the theft of her ATM card in February, said Detective Patrick Aluotto, with the Hollywood Division. The victim had been in a short dating relationship with the suspect and allegedly discovered her ATM card missing on the day the relationship ended. The suspect allegedly used the card to purchase laptop computers and money orders without the victim’s permission.

Police investigated and an arrest warrant was issued for Weaver-Bey. When he was taken into custody, officers allegedly found ATM cards belonging to two other people in his possession, as well as fake checks. When they served a search warrant at his residence, officers found three additional cards that were allegedly stolen.

“It appears he engages in short-term relationships with women and steals their ATM or credit card and uses them,” Aluotto said. “He has a previous conviction for a similar crime in Santa Barbara.”

Detectives are in the process of contacting the people whose cards they found and have located two additional victims, Aluotto added. One is a man from Palos Verdes whose ATM card went missing and the other is a woman who lost her card and later had fraudulent checks deposited in her account and the money withdrawn, causing a negative balance. Neither had any association with Weaver-Bey and it is not specifically known how he obtained those cards.