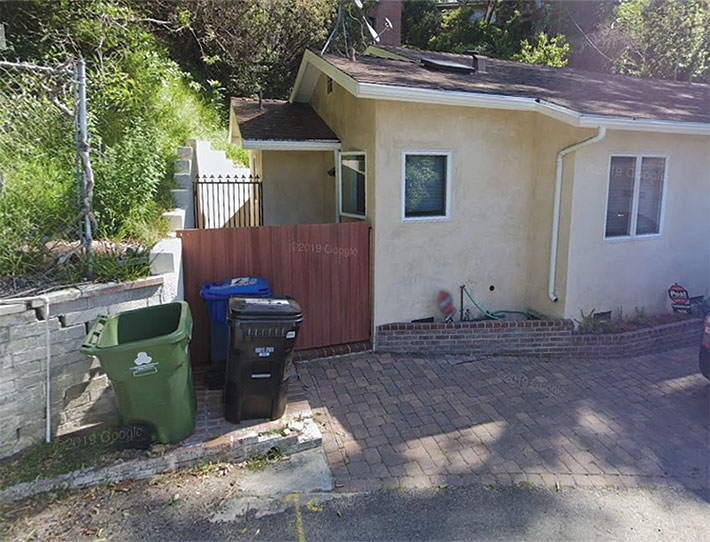 Mud and debris slid down a hill next to a house in 2800 block of Westshire Drive in the Hollywood Hills on Monday. (photo courtesy of Google Maps)

The incident occurred at approximately 10 a.m. when rain-soaked soil slid downhill into the side yard of a residence in the 2800 block of Westshire Drive. The Los Angeles Fire Department responded and determined the mudslide had not damaged the residence and there were no injuries, LAFD spokeswoman Margaret Stewart said.

The Los Angeles Department of Building and Safety Los Angeles Fire Department was called to assess the situation. A geologist with the department’s Grading Division determined that a 4- to 10-foot wide area of soil and debris gave way and came to rest against a retaining wall next to the residence below, said LADBS spokesman Kim Arther. He confirmed the building was not damaged and remained habitable. Plans call for the LADBS’s Grading Division to work with the homeowner to address any further issues caused by the slide, Arther said.

The mudslide also forced the closure of Lechner Place between Westshire and Hollyridge drives, above the area where the soil became destabilized. The Los Angeles Bureau of Public Works Street Services Division will be responsible for repairing and reopening Lechner Place. No timeline for the reopening was provided.

Metro picks up the pace of piling in Beverly Hills