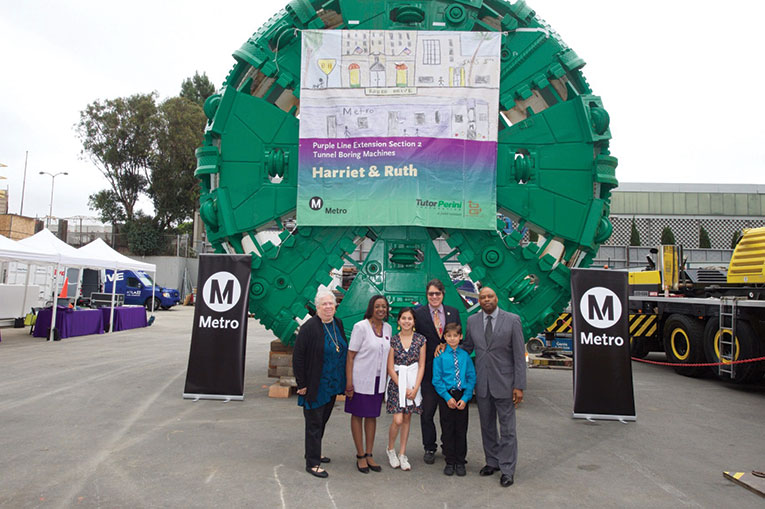 Metro is seeking submissions in its newest contest to name tunnel boring machines that will excavate the Purple Line Extension subway project.

The names will be given to the last two tunnel boring machines that will dig the third phase of the project from the VA Hospital Campus in West Los Angeles to Westwood/UCLA. They will join Elsie and Soyeon, which are creating the tunnels in the first section of the project, and Harriet and Ruth, which will excavate the second section.

The tunnel boring machines will be a critical component in completing the Purple Line Extension before the L.A. Olympics in 2028. Traditionally, TBMs are given names as a symbol of good luck. Historically, tunnel workers sought protection from Saint Barbara, the patron saint for military engineers, miners and others who work underground.

Metro is also seeking submissions for artwork that will adorn the machines and is representative of the local community they will be tunneling under.

The contest is divided into two categories. The naming contest is open to U.S. veterans and UCLA affiliates, with each naming one of the two TBMs. The art contest is open to all Los Angeles county residents. Winners will receive recognition and prizes. For information, visit metro.net/projects/purple-line-extension-tbm.