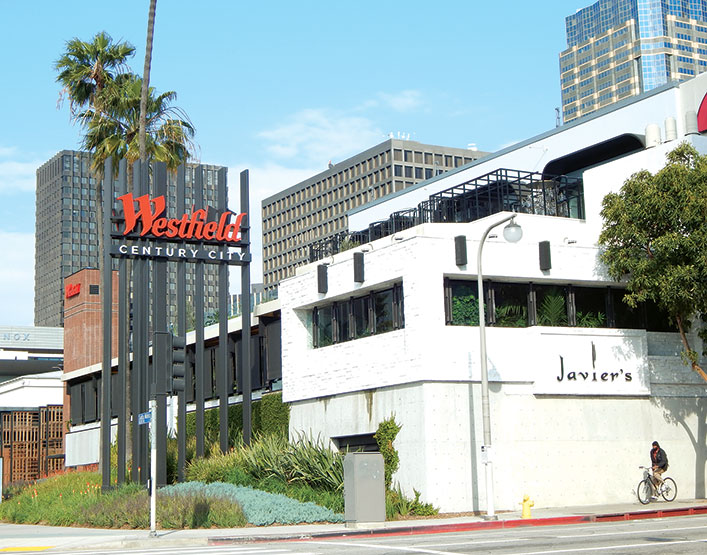 A shooting occurred after an argument between two groups started in a restaurant in the Westfield Century City Mall and continued outside. (photo by Edwin Folven)

A 29-year-old male suspect was returned to Los Angeles from Baltimore on April 10 to face a murder charge in connection with a homicide in January outside the Westfield Century City Mall.

The defendant, Brandon Hinton, was arrested on March 16 in Baltimore, where he fled shortly after allegedly killing a man after an argument at the mall, said Lt. John Radtke, with the Los Angeles Police Department’s West Bureau Homicide Unit. Hinton once lived in Baltimore before moving to Los Angeles and was attempting to hide there, Radtke said.

Investigators used security video and other undisclosed evidence to tie Hinton to the crime. Detectives from the LAPD worked with an FBI Fugitive Task Force in Baltimore to apprehend Hinton. He had been awaiting extradition before being returned to Los Angeles last Friday.

The homicide occurred on Jan. 20 after an argument occurred between two groups of women at Javier’s restaurant at the mall. The situation escalated when they left the restaurant and men who were with the women became involved in an argument with each other, police said.

The two groups separated but came together again at a valet station outside the mall, where a fight occurred. One of the men pulled out a gun and shot the male victim, identified as Ryan Givens, 29.

Radtke said a specific motive has not been established, but it may have been gang related. Police have recovered a gun believed to have been used in the crime, he added.

Hinton is being held in custody on $4 million bail pending a court hearing on April 23.