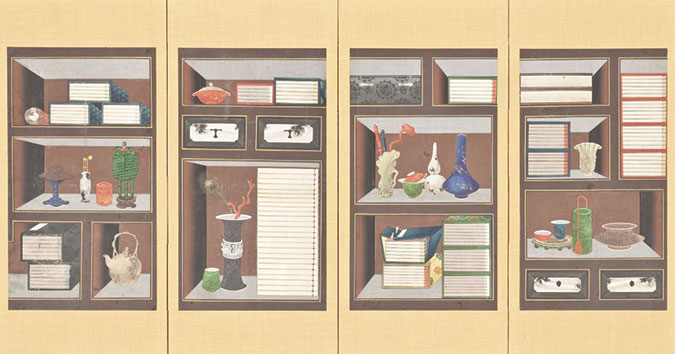 “Scholar’s Books and Objects,” is a Chaekkeori, a genre of still-life art, made in Korea during the Joseon dynasty (1392-1910). (photo courtesy of Los Angeles California Museum of Art)

LACMA@Home, an online platform that brings the Los Angeles County Museum of Art experience to the homes of Angelenos, announced the museum received national awards for two recent exhibitions.

In honor of the award Saar’s exhibition received, the museum highlighted the artist’s life with a short documentary that captures Saar’s progression through her early formal training in design and style, interests and subject matter, mimicking her chosen medium of collage and assemblage.

On May 4 at 5 p.m., the platform will premiere “Arkansas” on LACMA’s, as well as a post-screening conversation with director Clark Duke and LACMA assistant film curator Adam Piron.

Lastly, LACMA@Home connected readers with the L.A. Public Library for story time at home through Studio City Library’s Instagram Live every weekday at 11 a.m. Library staff will present a book, interactive songs and felt board stories to engage viewers with online.