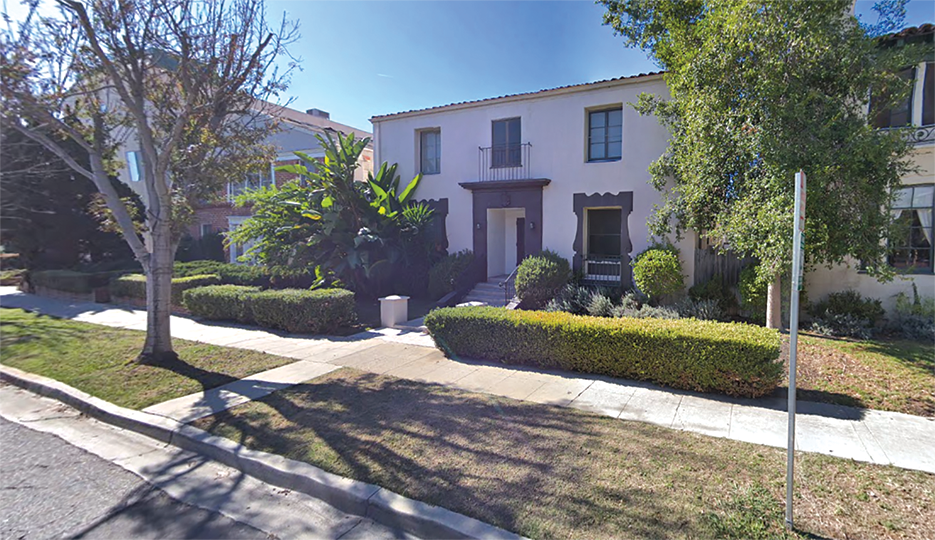 Last month, Beverly Hills – like many cities, counties and the state – enacted a rent moratorium and freeze on rent increases for rent-stabilized apartments.

As part of the ordinance, renters who are impacted by COVID-19 should notify their landlord in writing within seven days of the missed rent payment date that they cannot pay. Within 30 days, the tenant needs to complete the city’s COVID-19 form and include documentation proving the impact, and the form will be sent to both the city and the landlord. The form can be found at beverlyhills.org/bhrent.

Beverly Hills Deputy Director of Rent Stabilization Helen Morales said so far, the city has received 14 forms from tenants, 13 to protect them from eviction and one to prevent an illegal rent increase.

“We just saw the beginning of what I think will occur. We have received over 346 COVID-related phone calls in the months of March and April to date, and they have until April 30 to submit the forms to our office,” Morales said.

Morales added that she suspects that many of those callers are gathering their documentation to prove a COVID-19 impact – it can be as simple as an email from an employer showing a reduction in pay or hours, she said – in preparation of that April 30 deadline.

Mark Elliot, of the Beverly Hills Renters Alliance, said some landlords are asking their tenants to go beyond what the city ordinance requires. He highlighted Elm Enterprises, which owns residential properties on North Elm Drive, and the letter allegedly sent to tenants asking for not only a written communication from the tenants’ employers, but also each tenant’s last three months of bank statements. Elm Enterprises did not return interview requests.

“The tenant makes the decision about what to supply to the landlord … There’s no required documentation … no specific kind of document, and there’s no means test,” Elliot said.

Morales said the city has reached out to every landlord in the city via email outlining the new regulations approved last month. City Public Information Manager Keith Sterling added that the moratorium and rent freeze have been posted on the city’s website and publicized on all of the city’s social media channels and through press releases.

“We have utilized multiple avenues to communicate the updates to the landlords, including direct contact,” Sterling said, “We will continue to get the word out. People get distracted, especially during this time, but that’s why we communicate through multiple channels. We’re getting the information to them through one of our channels.”

In cases where the ordinance is not followed, city staff reaches out to the landlords to advise them of the ordinance, Morales said, and so far, all landlords the city has contacted have been amenable and complied with the rules. For instance, Sterling said the city reached out to Elm Enterprises to ensure the landlord knew what the ordinance required of tenants and property owners, and Elm withdrew the eviction notice it issued for nonpayment of rent.

“After the Rent Stabilization Division’s work, they are not moving forward with any illegal evictions,” Sterling said.

Elliot said he’d like to see the city do more to reach out to renters directly.

In the future, as more and more people lose income and are unable to pay rent, there are likely to be some disputes between landlords and tenants regarding how much can be paid and who can pay it, Vice Mayor Robert Wunderlich said. “Both tenants and landlords are going to suffer impacts. The tenants suffering loss of income are not able to pay the rents, and the landlords when rent is not paid. Landlords will have their own expenses and will be suffering as well,” he said.

If a disagreement arises, the city’s Rent Stabilization Commission will decide, though that group is not yet sworn in. Until then, a committee of City Council members will decide. Morales said the city is working to get the commission on board now.

“Because of COVID, the way we meet is different. We’re trying to resolve this issue in a GoToMeeting format that will allow our commission to come on board, be sworn in, to provide them with the training they need to start. We’re working hard this week to get this accomplished,” she said.

City Council members said the city is likely to consider taking additional action to help both renters and landlords to the extent that is possible. Many landlords’ mortgages are owned by banks, which are ultimately overseen by the federal government, but local governments – including that of Los Angeles – are working to push federal and state leaders to create additional assistance for landlords and tenants.

Wunderlich said the Beverly Hills City Council adopted rent “forbearance instead of forgiveness,” but more help for renters and landlords should be considered.

“I think it’s important for the city to be helpful, for business and residents in the city, to help them take advantage of the federal funds and state funds that would be available. We should be doing whatever we can be doing to make them aware of whatever is rarely available and help them obtain it. I think it’s worthwhile for us to contemplate additional help the city might provide,” he said.

However, help from the city will likely depend on municipal finances, which will take a hit from lost tax revenue from closed hotels, restaurants and retail stores, among other COVID-19 impacts.

“If we get out of this in the next couple of months, maybe it will be a lot easier for us to do things. If it’s going to go for a while, it’s going to be a different story, and we’re going to have to think long and hard about what we can do,” he said.

Once the city has a better idea of the financial impact of the coronavirus, Wunderlich said, Beverly Hills can look at multiple ways the city could help.

“I don’t want to prejudge what form it might take, but [I would like to] to hear of what options and possibilities [of what] we might do with our finances to see what might be possible for us,” he said.

Gold said, finances permitting, he’d like to help as many Beverly Hills stakeholders as possible. He noted that the council has “tried to balance both sides” of the renter-landlord relationship, and while the city has put forth an ordinance to help renters, the council should also try to help mom-and-pop landlords who depend on rental income to pay the mortgage. Otherwise, he said, those landlords may have to sell their property to a corporation, which will ultimately impact the quality of life in the city.

“Assuming that the city has resources, I believe that we should do everything we can to help support our people, our landlords, our tenants, our residents and our businesses. That’s a process that’s going to take some time to figure out,” he said.

Elliot said once the city has a better idea of its financial situation, he hopes more assistance will be coming for renters.

“We really took it on the chin with sales tax and hospitality taxes. We’ll know more at the next council meeting what that looks like [but] we’re a city of a lot of means, and we certainly could do it,” he said.

In the meantime, Gold and Wunderlich urged Beverly Hills residents to stay positive and continue supporting each other and the local businesses while practicing social distancing.

“Thank you to everyone who is doing the right thing to do the steps we can do as individuals to end this pandemic as soon as we can,” Wunderlich said.

“We’ll have some work to do on the other side of this, but we’re going to be fine,” Gold said. “Our business will be fine. Our residents will be fine. We just have to be optimistic that we can get through it quickly.”