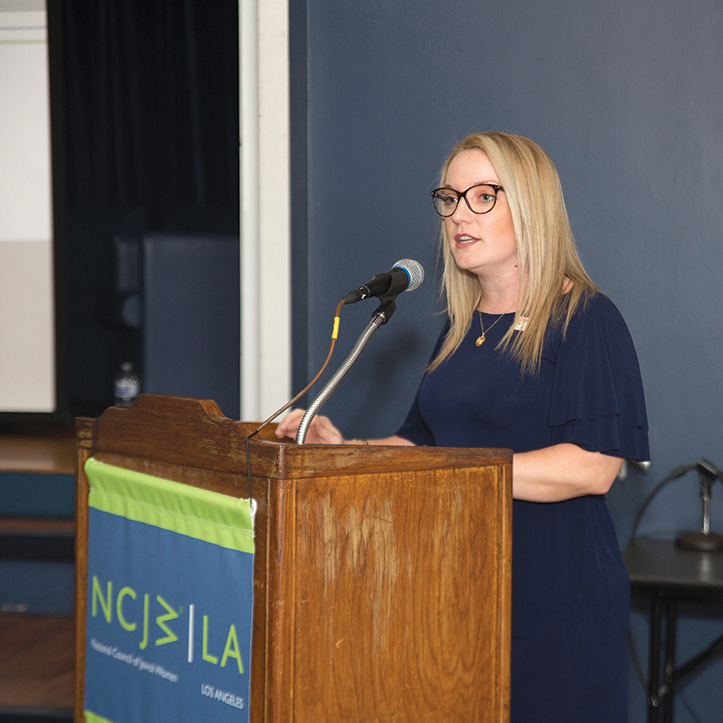 West Hollywood Mayor Pro Tempore Lindsey Horvath will take over as mayor next month. (photo courtesy of the city of West Hollywood)

The West Hollywood City Council selected Mayor Pro Tempore Lindsey Horvath to be the city’s next mayor during a City Council meeting on April 20.

“I’m honored to have been elected unanimously by my peers to serve as mayor,” Horvath said on Twitter. “I will have big shoes to fill, and we have a tough road ahead with [COVID-19] emergency and recovery, but I know – together – we can do anything.”

Council members also nominated Councilwoman Lauren Meister as the next Mayor Pro Tempore, however Meister asked Councilman John Heilman to step in because she would like to focus her efforts on helping rebuild the business community, which is suffering due to the COVID-19 pandemic.

“I’m going to be dealing with small businesses, including my own, over the next few months and I would rather not have the ceremonial activities that go along with being mayor pro tempore,” Meister said. “I want to shift my focus on rebuilding the business community.”

Horvath and Heilman will be installed in their new positions on May 18, which will allow city staff to prepare and facilitate the transition.