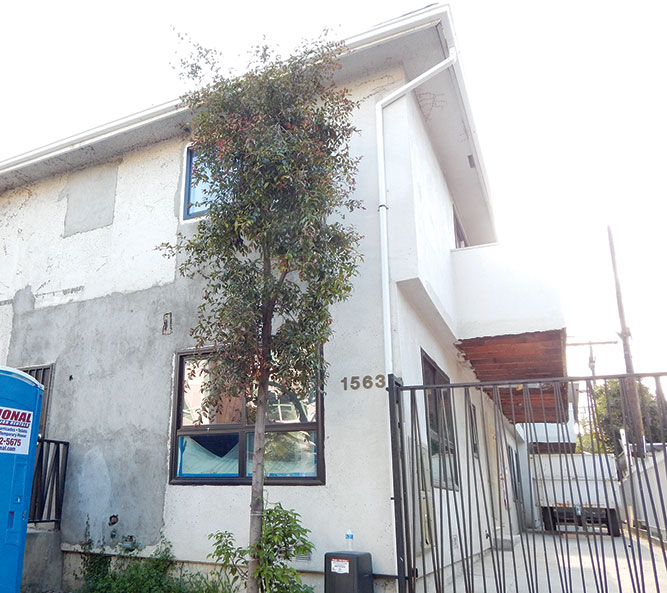 A fire erupted on April 17 in a vacant apartment building under restoration in the 1500 block of North Gordon Street in Hollywood. Firefighters arrived at 11:15 p.m. to find smoke coming from the first floor of the two-story building. Flames had moved up a wall to the second floor. Firefighters extinguished the blaze and ensured it did not reach the attic. No injuries were reported, and the cause remains under investigation, said Los Angeles Fire Department spokesman Nicholas Prange.