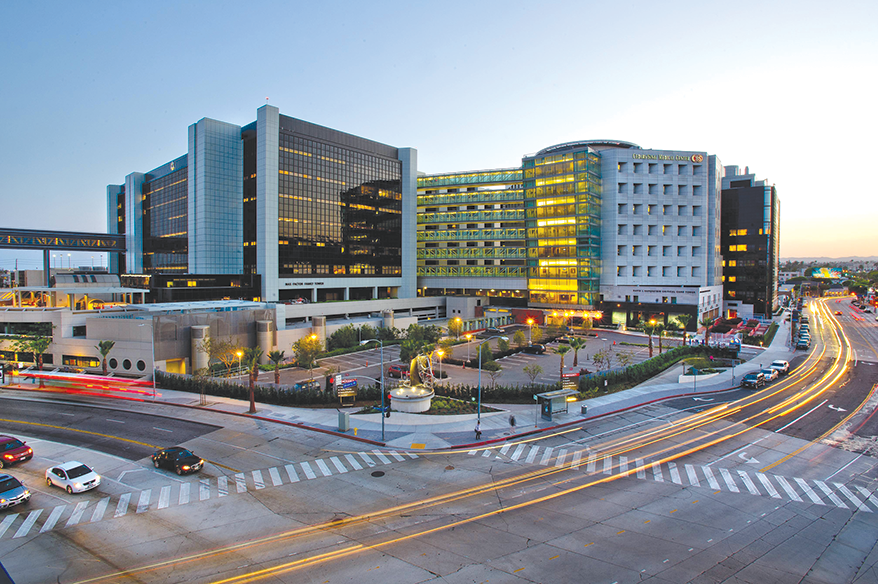 The site is being managed and operated by L.A. County and Cedars-Sinai medical personnel.

According to a statement provided by Cedars-Sinai spokeswoman Melissa Vizcarra, the testing clinic is available by appointment only and is not open to the general public at this time.

Appointments are available for the following day by visiting lacovidprod.service-now.com/rrs.

“The clinic is for testing members of the public who were referred to us by the Los Angeles County Department of Public Health. The clinic also serves to test moderately symptomatic Cedars-Sinai Medical Center and Cedars-Sinai Medical Network employees and medical staff,” the statement read. “Those who qualify for testing will be pre-registered and given an appointment. Our aim is to protect our patients and staff from potential exposure to COVID-19.”

Members of the public who are experiencing potential COVID-19 symptoms such as fever, dry cough, aches and tightness in the chest, should contact their primary care physician, or call 911 if experiencing severe symptoms.

Two hundred appointments have already been scheduled at the site, and plans are in place for more in the future. There are two types of tests, nasal or oral, being administered by staff, and people can expect their results back within three to four days. Positive results will be shared by a phone call and negative results will be given through email.

Priority for tests are given to first responders, critical government workers and health care professionals.

For those who would like to make an appointment but don’t have access to the internet, call 211 and operators can assist with online registration to determine eligibility and appointment details.

Vice President of the West Hollywood West Residents Association Manny Rodriguez said a closer testing site to West Hollywood was long overdue. He added he has received positive feedback from his community about the news.

“People who might have the symptoms, now that we have a closer location, they can get in their car and drive there,” Rodriguez said.

The closest drive-thru site was previously located at the VA Parking Lot 15 in Brentwood at 100 Constitution Ave., and getting tested there was an issue before, as testing was limited to L.A. city residents, Rodriguez said.

He added he was proud of the West Hollywood City Council for expanding the city’s testing capabilities, especially Mayor Pro Tempore Lindsey Horvath, whom he has seen advocate for more testing.

“This new testing is limited, I get it,” Rodriguez said. “But that doesn’t mean you shouldn’t push, push, push, and that’s what she’s been doing.”

Horvath said the Cedars-Sinai testing site was a team effort and was grateful for West Hollywood city staff, the Los Angeles County Department of Public Health and Mayor Eric Garcetti for working together to expand COVID-19 testing.

“For folks who don’t have a primary care physician, they have a place, free of charge, to get tested,” Horvath said. “It is essential for people to get the care they need.”

West Hollywood Councilman John Heilman, however, said he wanted the city to be cautious with how testing could affect the community, during a City Council discussion on April 6.

“We don’t want people to get tested and come back negative, and feel like they are safe,” Heilman said. “Then they’re going to go out and get exposed to other people who may be infected. We don’t want to give people a false sense of security.”

Horvath added it is important to continue to follow the “Safer at Home” orders and directives by the Los Angeles Department of Public Health to remain at home in isolation if a person has any COVID-19 symptoms.

Horvath said expanding testing helps flatten the curve and the more information that people have the better we’ll be in preventing the spread of COVID-19.

“The people of West Hollywood expect us to be advocating for their needs,” Horvath said. “We hope that everybody chooses to access it.”