Coronavirus could lead to chaos in housing 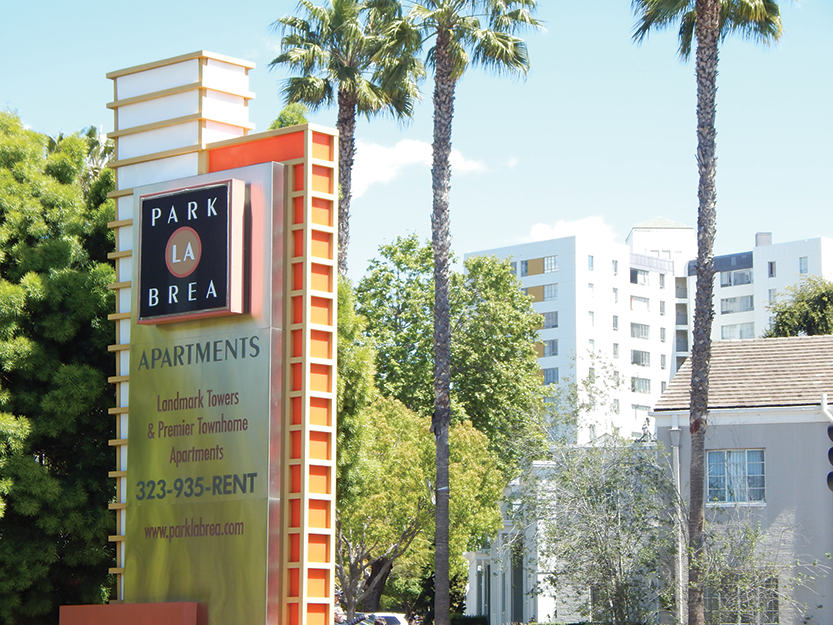 Millions of Americans are now out of work because of the coronavirus pandemic, and Ange­lenos are no exception.

The city of Los Angeles, as well as multiple nearby cities, enacted an eviction moratorium and allowed rent deferment for tenants who have been impacted by COVID-19.

But now that April 1 has come and gone, local leaders have more work to do in ensuring compliance with the new laws, finding fixes for problems that emerge as a result of the policies and working on long-term solutions.

It’s “a very confusing time for renters as well as landlords” with ordinances at the city, county and state levels, said Los Angeles City Councilman David Ryu, 4th District, and most landlords are doing their best to abide by the law. However, “a few unscrupulous landlords” are trying to make themselves whole at the expense of people who need help as a result of the pandemic, he added. Ryu said he’s received reports of landlords pushing their tenants to sign agreements that promise rent payments using income from the federal stimulus package, unemployment benefits and charity. Such payments are not required under Los Angeles’ ordinance.

“That is just abhorrent and shows a huge lack of empathy,” Ryu said.

Ryu highlighted some prominent offenders on his Twitter account and urged all tenants not to sign such documents. Ryu said the city will continue letting the public know about the eviction moratorium and rent deferment ordinances, and will take more action to protect renters, if necessary.

“We are going to spread the message far and wide and if necessary, go after unscrupulous landlords with cease and desist letters from the city attorney. We will do everything possible,” he said.

Councilman Mitch O’Farrell, 13th District, said the first need for everyone during the pandemic is to “stay housed.”

“In terms of the protections in place right now that the city has enacted, all that is required is a one-page form informing the landlord that due to COVID-19, there is an inability to pay rent. That’s really important, since a lot of folks haven’t yet received their unemployment benefits and aren’t able to make the April rent,” O’Farrell said.

The form can be found at hcidla.lacity.org/system/files_force/documents/covid-19_eviction_protections_fact_sheet.pdf.

According to the National Multifamily Housing Council, more than 30% of tenants did not pay rent this month. Normally, that figure is less than 20%.

Larry Gross, executive director of the Coalition for Economic Survival, which often works on behalf of low- and moderate-income people and families, said the situation is becoming “overwhelming” as the rules change frequently and more people need help.

For instance, on April 6, the California Judicial Council – the rule-creating part of the state court system – prohibited all evictions and mortgage foreclosures until 90 days after the expiration of the state of emergency except in cases that involve public health and safety.

“I spend my whole day responding to tenants. We’ve had more than 100 tenants requesting letters to send to the landlord because they’ve lost their job,” he said.

Gross added that there are “a lot more” landlords pushing payment agreements than just those highlighted by Ryu.

“Tenants don’t know [the rules of the ordinance],” Gross said. “They get these notices that say you have to provide documentation and sign this payment agreement plan. There’s nothing that prohibits them from signing the payment plan, but it’s their option. They don’t have to, and we’re advising them not to. Who knows where they are financially once the crisis is over? They might be setting themselves up for eviction down the road.”

Landlords, however, are in a tough spot as well, said Daniel Yukelson, executive director of the Apartment Association of Greater Los Angeles. Many apartment complexes are owned by individuals and families, not large corporations, and often, landlords depend on rental payments for their own living expenses, as some owners bought the property to supplement their retirement income, Yukelson said.

“A lot of apartment owners, like the others in our community, live on a month-to-month basis. They’re very scared right now that they’ll lose their source of income,” he said.

Yukelson added that local politicians are using landlords as scapegoats because “they’re always pandering for tenant votes,” but the property owners aren’t doing anything wrong.

“Owners are desperate,” he said. “They’re worried about paying their bills, and they’re within their rights to ask renters to agree to payment plans and to ask renters to sign documents of those payment plans. Within some jurisdictions, tenants can refuse, and that’s the end of the story. Because someone is asking for a payment that’s owed to them for their own survival and they’re put down for that, it’s ridiculous.”

Yukelson said unlike renters, who are being given protections by the state and local governments, mortgages are owned by the banks, which are regulated by the federal government. Mortgage relief has been much more limited and mostly applies to loans held by the federally backed Fannie Mae and Freddie Mac, he said. Last month, Gov. Gavin Newsom announced some large banks, such as Wells Fargo and JPMorgan Chase, would allow for mortgage payments to be deferred for three months, and some smaller banks would do the same, but further forgiveness or assistance would require federal help.

“While the local officials and the governor are calling for mortgage relief, which they have no control over, the one thing the governor does have control over, property taxes, he’s not providing any relief on that,” Yukelson said.

“Owners are being told they can apply for a waiver of the late payment penalty, but there’s no guarantee that will be approved,” he said. “Owners will be forced to pay their property taxes like they always have. Nobody is going to take a chance on a 15% late payment penalty. Cities are not rolling back any kinds of fees on trash hauling or utilities; there’s nothing being offered to owners.”

Some Los Angeles City Council members are working to do more for property owners as well as renters.

O’Farrell said city leaders are “going to push the envelope as far as we possibly can locally,” but if the city oversteps its jurisdiction, it could result in costly lawsuits.

“That can all be avoided, as long as we work in collaboration with every level of government, local, state and federal … Our mission is to keep people housed, keep mortgages out of foreclosure, keep food on the table during the pandemic and after the pandemic as the economy recovers. We’re taking the short view and the long view,” he said.

Ryu, with Councilman Mike Bonin, 11th District, also introduced legislation on April 7 asking for a freeze on rent increases, and rent and mortgage forgiveness. He also has been in contact with officials in New Orleans, New York City, San Francisco and five other large U.S. cities who are seeking rent cancellations and mortgage moratoriums during the crisis.

Such relief would have to come from the federal government, and Ryu sent a letter to U.S. Rep. Maxine Waters (D-Los Angeles), chair of the House Financial Services Committee, asking her to introduce legislation for rent and mortgage forgiveness.

Ryu said such assistance is “the right thing to do” for working people and the economy as a whole, as a bailout for working-class families will “trickle up” to banks, who could then be helped by the federal government, as they have been in the past.

“If we don’t do anything for rents and mortgages, millions of people will default on their payments … and it will lead to a housing market crash,” he said. “It’s the same [concept as past bailouts, instead of] going from the top, we’re going from the bottom. Banks are in a much better position to weather the loss and seek help from the federal government.”

Gross said he’s in favor of rent and mortgage forgiveness during the crisis, as well as worker protections for frontline workers like medical workers and retail food workers, who need paid sick leave.

“We’ve got to think about the long-term impact of what we’re facing now. We’re going to be living in a new world with new-world problems due to this pandemic,” he said.

Yukelson said he’s also in favor of “any kind of relief” for property owners and tenants, adding that if people can pay rent, they should.

“For property owners, it’s more than just mortgages. If they’re losing two rent payments in a four-unit building, they’ve lost half their income,” he said.

Yukelson said it’s most important for renters and landlords alike to keep each other apprised of income changes and do what they can to help each other by acting like “human beings during this time of crisis.”

“That’s all people can do in a crisis,” he said.

LA Phil presents ‘At Home with Gustavo’ on the radio

WeHo does more to combat COVID-19