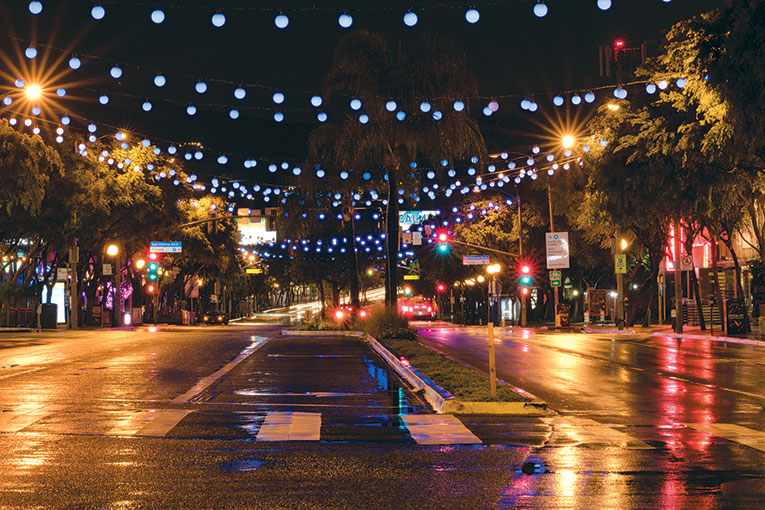 West Hollywood Mayor Pro Tempore Lindsey Horvath and City Councilman John Heilman are organizing a plan to recognize National Nurses Day on May 6 by honoring nurses and health care workers amid the COVID-19 crisis. The plan will be discussed at the next City Council meeting on May 4.

“Our nurses and health care workers are nothing short of heroes,” Horvath said. “The coronavirus pandemic has reminded us just how critical their work is to our everyday health and safety. This year, the city of West Hollywood will honor them in a special way for the care that they provide – which often goes unseen and unrecognized – to carry us through this crisis.”

West Hollywood city staff noted in a report that National Nurses Day is an opportunity to thank nurses for the sacrifices they make daily to protect the health and well-being of others, and to educate the public about the important role nurses play.

Horvath and Heilman asked the cities of Los Angeles and Beverly Hills to also participate in the celebration.

“Our nurses work every day to keep us healthy and safe, and now, they are the front lines of this pandemic,” Ryu said. “My mom was a home health care worker, and I saw firsthand just how demanding – and how vital – the work of nurses is.”

Horvath said Lt. William Moulder of the sheriff’s station served an important role in organizing the motorcade. In an email, Moulder detailed that there would be two separate fire and police motorcades on the same day to honor Cedars-Sinai Medical Center employees working different shifts.

The plan for the first procession is to have fire and police personnel line up on westbound Santa Monica Boulevard, west of La Cienega Boulevard, at 9:30 a.m. The procession will begin at 9:45 a.m. and head west, passing the Los Angeles LGBT Center at 8745 Santa Monica Blvd., before turning south on San Vicente Boulevard, passing West Hollywood’s Planned Parenthood building at 825 San Vicente Blvd., and proceeding west onto Gracie Allen Drive at Cedars-Sinai Medical Center. At 10 a.m., fire and police participants will line up in front of Cedars-Sinai Medical Center’s Emergency Room entrance.

The second visit will take the same route, but will begin later that evening to recognize nurses and workers who work the later shift. At 7 p.m., motorcade participants will line up. They will begin moving at 7:15 p.m. and reach Cedars-Sinai Medical Center at 7:30 p.m.

Horvath and Heilman said residents should not leave their homes to see the motorcades. Police and fire participants will be social distancing and wearing masks to ensure everyone’s safety and well-being.

Ryu said last year, he hosted a National Nurses Day Council Presentation with nurses attending, but this year, because people must social distance, it’s particularly important that people show their support for nurses and health care workers in other ways.

“I’m really proud of West Hollywood and Mayor Lindsey Horvath, as well as our city and county departments, in this honor,” Ryu said. “It shows how united Los Angeles is behind its nurses.”

“There will always be people who out of fear will act out,” Heilman said. “But we know, especially in our city, that stigma or discrimination can be deadly.”

He said overall, people have been incredibly supportive and appreciative of health care workers.

“It’s important to recognize health care workers not only now for their work during the COVID-19 crisis, but always,” Heilman said.