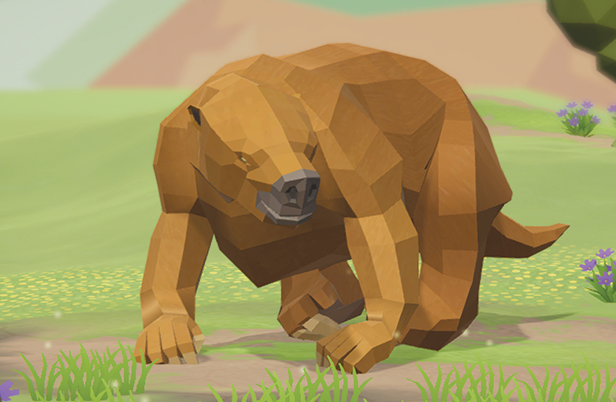 From extinct giant ground sloths in Ecuador to 50,000-year-old rodent droppings in the middle of modern Los Angeles, scientists from La Brea Tar Pits are making new discoveries about extinct species and past ecosystems preserved in asphaltic sites, or “tar pits.”

Although many museums are temporarily closed in response to the coronavirus pandemic, scientists affiliated with research institutions such as the Natural History Museums of Los Angeles County, which includes La Brea Tar Pits, continue researching and making scientific discoveries through the BREAS (Bridging Research and Education at Asphaltic Sites) Project, which is working to foster integrative research collaborations, build capacity and connect science and communities at fossil sites.

The first of three papers to be published, “A monodominant late-Pleistocene megafauna locality from Santa Elena, Ecuador: Insight on the biology and behavior of giant ground sloths,” highlighted the remains of at least 22 giant ground sloths that perished during the Ice Age. This research provided new insight into how these animals lived, their habitat, social structure and behavior.

The second paper, “The biogeography of ‘breas,’” of Ice Age fossils that were discovered from tar pits on the island of Trinidad in the scientific journal “Quaternary Science Reviews.” This review is the first publication on Trinidad’s Pleistocene fossil record, and also serves as a road map for further tar pit sites globally.

In March, scientists published the final paper, “Exceptionally preserved asphaltic coprolites expand spatiotemporal range of a North American paleoecological proxy,” about the discovery of hundreds of ancient, asphalt-preserved coprolites, or fossil feces, in the La Brea Tar Pits Museum’s site in “Scientific Reports.” A team of researchers determined the coprolites were produced by the packrat Neotoma, a critter whose nests provide clues into past climate across the southwest.

This was the first Neotoma nest discovered near the coast, according to research.

“Tar pits are incredibly intriguing, and Rancho La Brea is probably the most well-known fossil site in the world,” said Emily Lindsey, an author on all three papers and the assistant curator and site director at La Brea Tar Pits. “But, despite more than a century of research, we’re learning that we have only just scratched the surface.”

In addition to on-site research, the institution is leading a global effort to advance and connect research and discovery at tar pits around the world.

“While asphaltic sites are rare, they can preserve both a tremendous quantity and variety of fossils, making exploring these sites a scientific priority,” Lindsey said. “Tar pits are one of the only types of fossil sites where we can find remnants of an entire ecosystem preserved – leaves and bones, mega mammals and tiny insects, seeds and shells. As such, they are extremely valuable for paleontologists investigating important topics like evolution, paleoecology and climate change, and are especially crucial in areas like the neotropics where the Pleistocene fossil record is sparse.”

Part of the BREAS Project aims to provide student training, technical expertise and collections support to local institutions involved in excavating, preparing, curating and studying fossils from these sites. In addition the project engages with local communities by developing education and outreach programs to support local STEM education.

“Historically, tar pit science has been synonymous with ‘Rancho La Brea’ because that’s where the resources and scientific capacity were concentrated. This view limited not only the scientific potential of tar pits, but also who was able to participate in telling the story of their region’s past biodiversity,” Alexis Mychajliw, a research associate at La Brea Tar Pits and lead author on the Trinidad and coprolite papers.

“I can’t wait to see what discoveries these new tar pit scientists will make,” Mychajliw said.