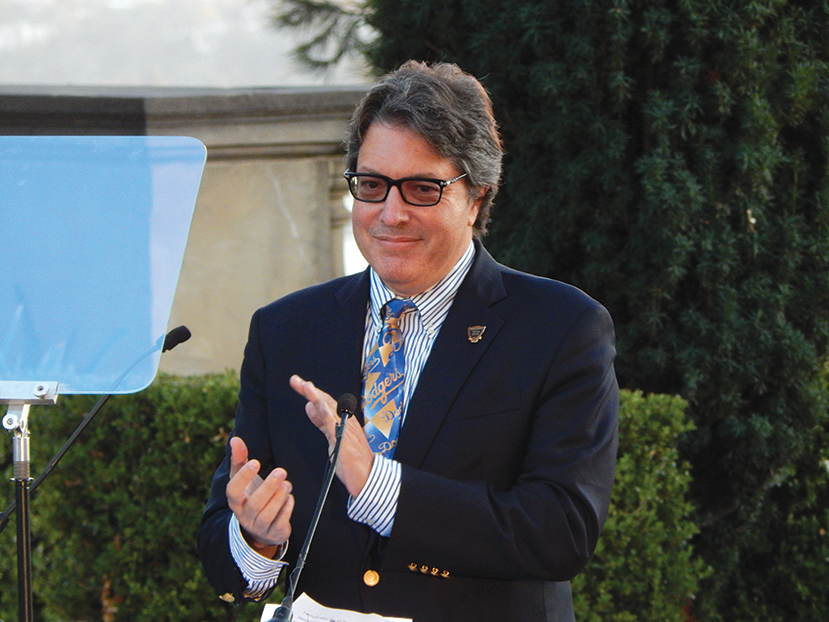 While the coronavirus pandemic and the election of a new mayor and vice mayor dominated much of the March 31 Beverly Hills City Council meeting, the council also found time to discuss a topic that’s likely to return to prominence once the COVID-19 crisis passes.

The council received the city’s annual General Plan and Housing Element Implementation Report for 2019, a state-required document that provides updates on Beverly Hills’ general plan, which Senior Planner Timothea Tway said is “the blueprint for the future of this city.”

“It is required that we report to the state annually on the progress, significant accomplishments and housing units built in the last year,” Tway said.

The report highlights many of the city’s endeavors in 2019, such as adopting an interim inclusionary housing ordinance so that a permanent ordinance can be adopted later this year and the city’s plans to create rules regarding mixed-use developments.

No members of the public wished to participate in the public hearing on the topic, but Councilman John Mirisch, a frequent critic of the state’s policies on housing, had plenty to say regarding the draft of the next round of RHNA allocations that will be released later this month.

Beverly Hills leaders are expecting the state to require the city to build far more units in the next eight years. Last year, the Southern California Association of Governments calculated that Beverly Hills will need to build more than 3,000 units between 2021 and 2029.

Mirisch described the RHNA numbers as “a little bit unfathomable” and “not fair … towards us as a community.” Mirisch added that elected officials in Sacramento – such as state Sen. Scott Wiener (D-San Francisco), the author of the controversial Senate Bill 50 that would limit local control over zoning near transit centers – are “punitive” toward Beverly Hills and Southern California in general.

“I think we’re going to have a lot of work to do and a heavy lift, but I think once we get through this crisis, once there’s a light at the end of the tunnel, I think [housing] is going to dominate a lot of our discussion. I hope we all are fiercely prepared to protect our community which we know and love,” Mirisch said.

Mirisch said Beverly Hills has been relatively stable for decades, and without the creation of new jobs that often necessitates more housing – such as in the Bay Area – Beverly Hills doesn’t need to create thousands of more units. Other council members agreed.

“It is true that we, Beverly Hills, have been stable. We have not had the job growth that some other places have had that drives the production of housing,” Vice Mayor Robert Wunderlich said.

More jobs should be created elsewhere instead of focusing on building more housing in already dense urban centers, Mirisch said in an argument reminiscent of the State of the City speech he gave as mayor in October.

“We are a sustainable community, and yet, when you look at all the aspersions that are being cast on us, Sacramento and the Wieners of the world try to make us out to be bad actors. It’s the exact opposite. We’re the model of a community that is a successful one, with a density level currently on par with Denver, with Detroit and with Cleveland,” Mirisch said.

The report was primarily a procedural item, and the council unanimously voted to receive the report and forward it to the state, though Councilman Julian Gold noted the March 31 discussion was “really the beginning of the conversation.”

“Clearly, this next year, we’re going to have a lot of conversation around housing,” Gold said.

WeHo does more to combat COVID-19