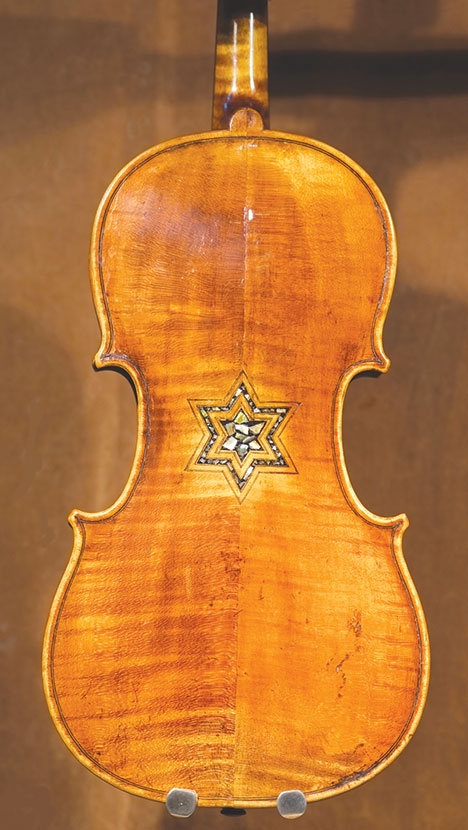 Violins belonging to victims of the Holocaust will be on display in a new exhibit at LAMOTH. (photo courtesy of LAMOTH)

The musical instruments reflect the power and triumph of the human spirit. The exhibit is part of Violins of Hope Los Angeles County, which uses a special collection of violins, violas and cellos to educate about the Holocaust.

“Violins of Hope” displays instruments that survived the Holocaust, although many of their owners did not. Each instrument is accompanied by a unique story and was restored in Tel Aviv by violinmakers Amnon and Avshalom Weinstein.

The museum will exhibit 12 of the more than 60 instruments that have been restored since the end of World War II, including a violin that was buried in a backyard during the war, and others that were played by Jewish prisoners in concentration camps who were forced to entertain Nazi captors.

Additional instruments will be used during performances by the participating Violins of Hope partners, including the Younes and Soraya Nazarian Center for the Performing Arts, the Los Angeles Jewish Symphony, New West Symphony, the Long Beach Symphony and the Los Angeles Lawyers Philharmonic and Legal Voices. The exhibit is supported by a grant from GROW @ Annenberg.

An opening reception will be held on March 18 at 7 p.m. at the museum. It will include remarks by Avshalom Weinstein and program chair Susanne Reyto, along with a special violin performance.

Admission to the opening event and the museum are free, but an RSVP to the reception is requested. The Los Angeles Museum of the Holocaust is located at 100 S. The Grove Drive. For information, visit lamoth.org.

Group calls for vote-by-mail ballots for all L.A. voters