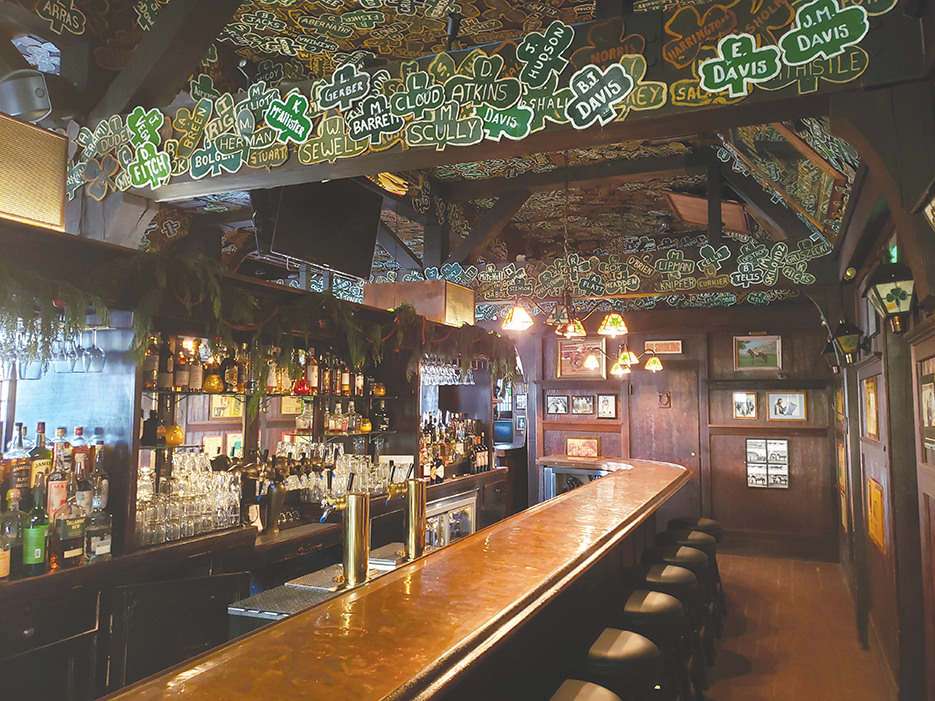 When historic Irish pub Tom Bergin’s closed after St. Patrick’s Day 2018, there were worries it would be the last holiday celebrated in the venerable bar and restaurant, which first opened in 1936 and has been located at 840 S. Fairfax Ave. since 1949.

However, near the end of 2019, Tom Bergin’s reopened, and Francis Castagnetti, who operates the pub with his brother, David Castagnetti, said Bergin’s will host an all-day celebration on March 17.

“We couldn’t be more excited about it,” Castagnetti said. 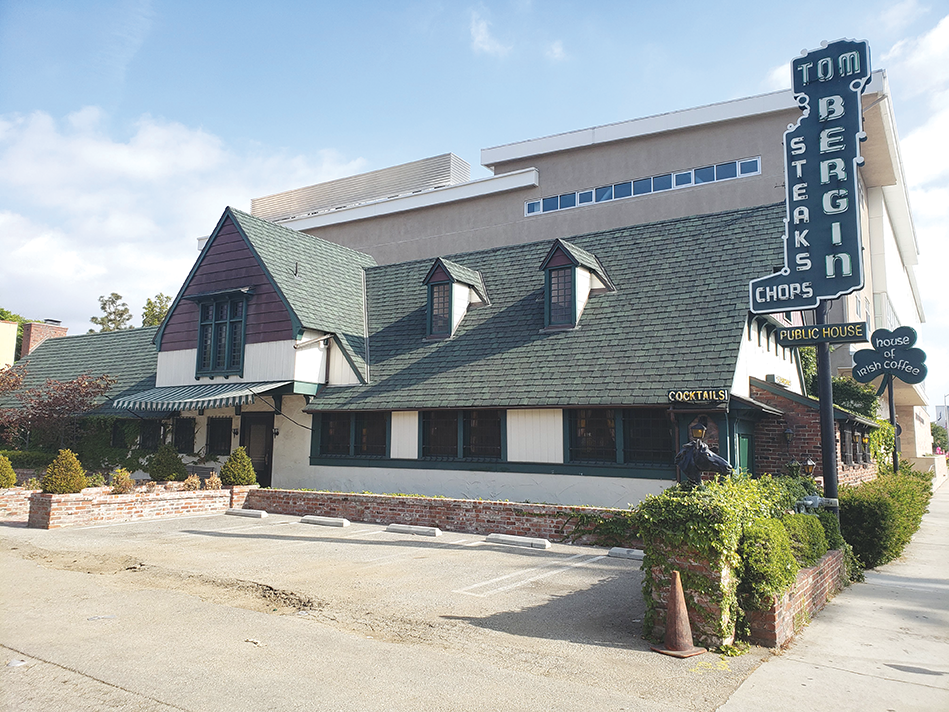 Tom Bergin’s St. Patrick’s Day party will take place inside the bar and in the parking lot. (photo by Cameron Kiszla)

The festivities will begin at 6 a.m. with a traditional Irish breakfast – eggs, Irish sausage, bacon, beans, toast and tomatoes – and Irish coffee in the bar. Breakfast will end at 10:30 a.m., but an hour later, the party in the bar and parking lot will kick off. Castagnetti said the parking lot celebration will go until midnight, and the inside bar will close at 1 a.m.

“Realistically, I will be out there for 21 hours. It will be a long day, but for us, this is how they’ve always done it and we’re excited to carry on the tradition,” Castagnetti said.

The festivities will include a DJ, bagpipers and “plenty of Irish whiskey, plenty of Tullamore D.E.W., plenty of Guinness,” Castagnetti said, as well as whiskey specials, green beer and corned beef and cabbage.

In addition, there are hints that Duff Goldman, star of “Ace of Cakes” on the Food Network and a friend of Castagnetti, will make an appearance.

“He’s an amazing guy. If you show up, you won’t be disappointed. He’s got something up his sleeve,” Castagnetti said.

“I’m thrilled to see Tom Bergin’s back open and hosting its annual St. Patrick’s Day celebration, which is a valued community tradition in a historic neighborhood pub,” he said.

Jim O’Sullivan, president of the Miracle Mile Residential Association, which strongly supported historic-cultural monument designation, said he’s spent past St. Patrick’s Days at the pub. The holiday at Bergin’s will be a great time for all who attend, but especially those with an Irish last name, O’Sullivan joked.

“It’s a great day and [Tom Bergin’s] is a fun place to be with a lot of people swapping stories. Usually people are talking about past St. Paddy’s Days, and it’s a day of tremendous camaraderie,” he said.

Castagnetti said unlike his native Boston, where “every 50 feet there was an Irish bar on the corner,” Los Angeles’ melting pot of cultures has comparatively few places to celebrate the famed Irish holiday.

“In Los Angeles, you see a lot of people kind of drawn to that heritage, which is one of the main reasons Tom Bergin opened this place. He was trying to find a place that reminded him of the old places he had back in Boston,” Castagnetti said.

Castagnetti hopes to continue that storied history this year, despite several concerns ranging from novel coronavirus to anticipated rain.

“It’s happening, and there’s nothing we can do except be safe and do what everyone is saying. We’re not looking at this to be ground zero, but I don’t think this city is not ready to not go outside or not be around crowds,” he said.

In recent years, as many as 15,000 people would come to Bergin’s, former owner Derek Schreck told the Castagnettis, and Francis Castagnetti said this year, they’re hoping to see thousands of people come out to the 71-year-old Irish pub.

“Any place can serve Guinness, but it’s rare to have this kind of history … We’re so excited and this is our first shot at it. We hope the people are as excited about this as we are,” he said.