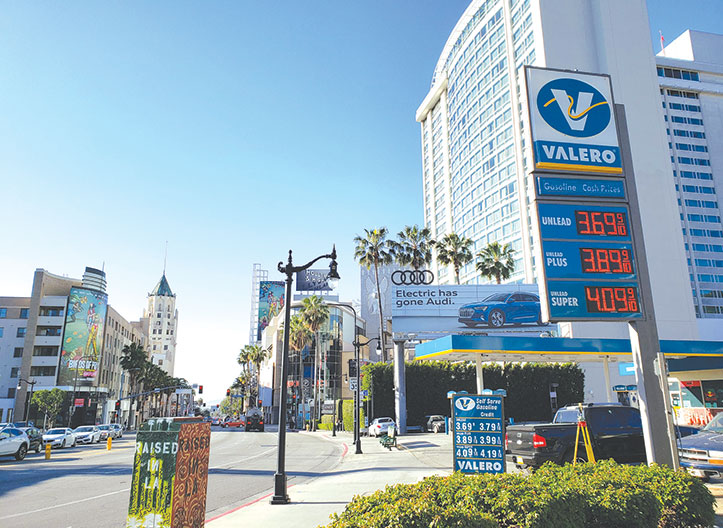 Two men allegedly shot each other and one of them died on March 1 after they struggled over a gun in Hollywood, police said.

Christopher Gayle, 31, a resident of Maryland, was shot multiple times and died later at a hospital. Harrison Vaughn, 28, of Texas, was taken to Los Angeles County-USC Medical Center and was treated for multiple gunshot wounds in the hospital’s jail ward, police said.

The shooting occurred during an alleged dispute over narcotics at 9:30 p.m. in a Valero gas station parking lot in the 1700 block of Highland Avenue, near the Loews Hollywood Hotel and just north of the Hollywood and Highland center. Two additional people in a vehicle that was passing by were also struck by gunfire. One was shot in the stomach, and the other sustained a minor wound.

Gayle and Vaughn allegedly met in the gas station parking lot and engaged in a narcotics transaction, said Det. Herman Fretlohr, with the Los Angeles Police Department’s West Bureau Homicide Unit. A dispute and shooting occurred and the incident spilled over onto Highland Avenue, Fretlohr added.

Vaughn, who is expected to recover, will face a murder charge. Detectives are questioning at least one other man who was allegedly present, but no further arrests have been made.

Fretlohr said police recovered a gun but declined to provide additional information. He said it is believed to be a situation in which one of the men shot the other, and they struggled for the gun and the other was also shot.

No further information was available about the passersby who were struck by gunfire. Fretlohr said a bullet penetrated their car. Those victims, who had no connection to the initial shooting, drove to a hospital. Fretlohr did not know the severity of the injury sustained by the individual struck in the stomach.

The detective said police believe all individuals involved have been accounted for, but asked anyone who may have witnessed the shooting to call the West Bureau Homicide Unit at (213)382-9470.