Robot may be your next deliveryman 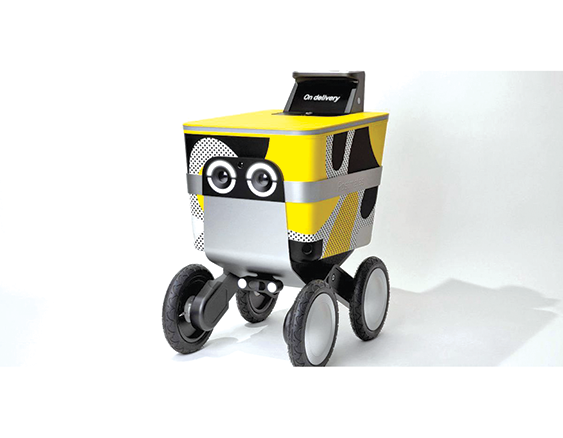 Postmates conveniently delivers food to customers’ doors, and soon in the city of West Hollywood, users will be part of the company’s autonomous pilot delivery program.

“The project will contribute to West Hollywood’s reputation as an innovative and technology-driven city,” said Joshua Franco, who spoke during public comment at the meeting on March 2. “In addition to that, I also believe it will increase the reach of small business and amount of those small businesses on the Postmates platform.”

The West Hollywood City Council voted 3-2 to create a pilot program, called Serve, to evaluate the use of autonomous personal delivery devices or PDDs within the city after receiving nine recommendations by staff and feedback from the community.

The nine recommendations include prohibiting the use of PDDs on narrow or cracked sidewalks including Fountain Avenue and Romaine Street, limiting the number of PDDs to a maximum of three, providing monthly updates to the transportation commission, limiting the pilot to a three-month period, allowing merchants and customers to opt out of the service, limiting the use of PDDs to daytime, providing the city with monthly data, providing a chaperone to oversee each PDDs during the trial period and lastly, the ability to terminate the program at any point.

According to a staff report, the City Council issued a request for information in May 2019 to partner with an interested delivery company to perform widespread community outreach and gather feedback in establishing a program. Postmates was the only company that responded to the request.

Together, the city and company conducted community outreach through multiple boards and commissions, and spoke to the West Hollywood Chamber of Commerce.

An overall goal of the pilot program is to provide a potential solution to environmental sustainability and health issues caused by fossil fuel consumption. Part of their goal is to reduce vehicle traffic and congestion, according to Bob Cheung, senior transportation planner for the city.

Cheung said the number of people in the community supporting and opposing the project was equal. He said those who expressed opposition were worried about the general lack of infrastructure, safety hazards, theft and vandalism.

Those who supported the program were enthusiastic about the potential improvement in air quality, reduction in illegal and double parking and reduction in traffic congestion.

Yola Dore, a member of the Disability Advisory Board, spoke at the council meeting about the potential risks Serve PDDs will have for pedestrians.

Genevieve Morrill, president and CEO of the West Hollywood Chamber of Commerce, addressed the City Council and said she thinks the program was well-thought out.

“I believe that these technologies are more responsible and more in tune to step away from someone who’s coming down the sidewalk in a wheelchair or someone who might be in front of them,” Morrill said.

According to Vignesh Ganapathy, director of government relations for Postmates, Serve PDDs will be able to detect pedestrians and other objects and can climb a small number of steps to access some spaces. It is best suited for short-distance deliveries and cannot work indoors.

“When the order comes in, based on your location, we can decide whether to send the robot or not,” Ganapathy said. “So, if there are stairs that are the only way to access your home, the robot will not be a good candidate.”

Councilman John Duran and Councilwoman Lauren Meister voted to deny PDDs for different reasons. Meister said that city infrastructure wasn’t ready to support this technology, while Duran thought it would cause too much chaos on the streets.

“I think that a pilot program like this is best suited for a closed campus like Pacific Design Center or Cedars-Sinai hospital or someplace where we can control the impacts, rather than placing our streets in play with these devices,” Duran said.

Major Pro Tempore Lindsey Horvath voted to approve the pilot program and said she didn’t expect the program to be flawless, but wants to see what is possible and what could work.

“What we are trying to do, I think in this pilot program, is to try something new and to respond to the concerns of the community,” Horvath said.