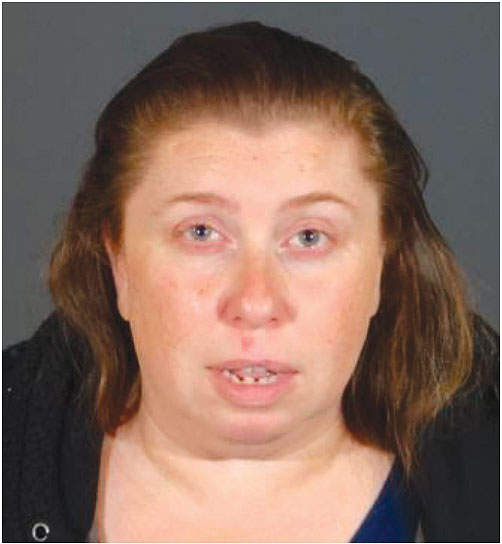 A photograph of Leslie Lee was released with the hope any new victims will call detectives. (photo courtesy of Bob Nygaard)

Police have arrested a 42-year-old woman who allegedly claimed to be a psychic and defrauded a victim out of tens of thousands of dollars. Authorities believe there may be other victims and are asking them to contact investigators.

The alleged scam occurred over eight years from 2008 through 2016. The victim, a woman who is now 30 years old, was experiencing emotional problems and sought the help of the suspect Leslie Lee, who operated a psychic business in Culver City, police said. The victim lived in Hollywood and was referred to Lee by someone who had previously sought help, said Det. Patrick Aluotto, with the Los Angeles Police Department’s Hollywood Division.

Aluotto said police documented the victim provided approximately $50,000 to Lee over the course of eight years, but the victim alleges that the amount was much larger, up to $500,000. A grand theft occurred because Lee allegedly promised to return the money once the victim was “cured,” but no money was ever returned, Aluotto said.

After coming to terms that it was likely a scam in 2016, the victim cut ties with Lee. She later hired private investigator Bob Nygaard, who conducted an investigation and recently turned his findings over to Aluotto, who is filing a grand theft charge. Lee was arrested on March 2 at a residence in the 4000 block of McLaughlin Avenue in West Los Angeles and was later released the same day on $45,000 bail. She is scheduled to appear in court on March 23.

Nygaard provided a synopsis of the findings in his investigation. The victim was not identified by name.

Although the victim realized she was the target of a scam, she was embarrassed and unsure whether to pursue criminal charges, he said. The statute of limitations is four years for grand theft. The case was brought to police recently, just under four years since the victim broke ties with the suspect, after the victim determined she wanted to report it to police.

“She felt she needed to take action because she didn’t want to … let it go and not do anything about it and have someone else become a victim,” Nygaard added. “The whole point is to shine a light on this so anyone else who is a victim will come forward.”

Nygaard said the victim first turned to Lee because of problems with an abusive relationship, and Lee allegedly told the victim she was “plagued by negativity” and could benefit from “work” that could remove the alleged negativity, Nygaard said.

Over time, Lee and the victim became close. The suspect allegedly claimed she had “psychic” ability that could lead to long-term help, Nygaard said.

During an early meeting in the victim’s apartment in Hollywood, Lee allegedly performed a ritual involving 12 eggs, which the victim was asked to provide. Lee allegedly told the victim that if one of the eggs cracked during the ritual it meant that there was a negative influence in her life, Nygaard added.

“Of course, one of the eggs did crack during the ritual, and of course the negativity/curse removal work involved the victim having to put money into the alleged work,” Nygaard said. “It wasn’t long after the victim’s first meeting with Lee [that] Lee asked the victim for a large sum of money in furtherance of the alleged negativity removal work.”

Nygaard said Lee continued to pressure the victim over the course of eight years to provide more money for work to solve problems occurring in her life. He said the victim was in fear and concerned about the effect the situation would have on her family.

“Lee allegedly terrorized the victim into believing that if she didn’t follow her every instruction, horrible tragedies would befall the victim’s family,” Nygaard said. “Not wanting to take any chances, and desperate to protect her family from harm, the victim provided Lee with whatever money she claimed she needed.”

Aluotto said he has spoken with two additional people who said they had similar experiences with Lee. Charges could not be filed in those cases because the statute of limitations has expired. The detective said he has evidence and documentation supporting his case, but declined to comment further because of pending court proceedings.

Aluotto stressed that many people claiming to have psychic abilities operate legally, and offering to help somebody in exchange for money and accepting payment is not a crime. In this case, the suspect allegedly promised to return the money and did not, which is theft, he said.