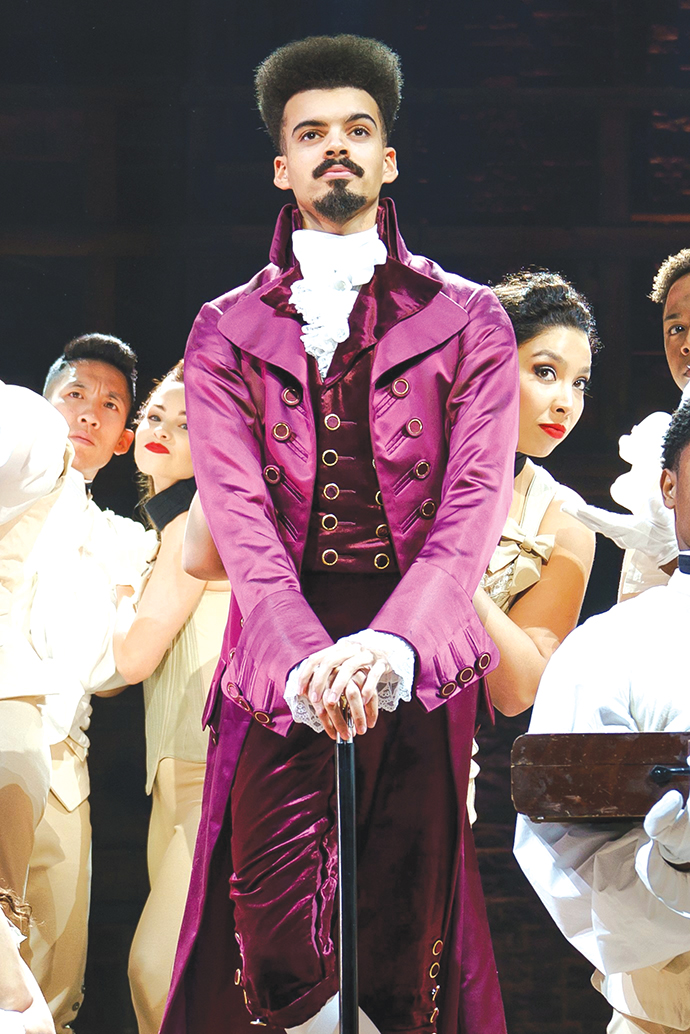 “Hamilton” is headed to the Hollywood Pantages Theatre. The first show is on Thursday, March 12.(photo by Joan Marcus)

Theater buffs, history fans and any Angeleno interested in seeing “Hamilton” have the opportunity of winning tickets for the first performance on Thursday, March 12, through a digital lottery.

Producer Jeffrey Seller announced a digital lottery in conjunction with the first show in Los Angeles at the Hollywood Pantages Theatre and will begin two days prior to each performance. A select number of tickets will be sold for $10 for every performance.

“Hamilton” is the story of American founding father Alexander Hamilton with a score that blends hip-hop, rhythm and blues, and jazz. The Broadway show created a revolutionary moment in theater and has had a profound impact on culture, politics and education.

People who would like to enter the lottery must use the official app for “Hamilton.”

The digital lottery will open at 11 a.m. on March 10 for tickets on Thursday, March 12. The lottery will close for entry at 9 a.m. the day prior to the performances.

Notifications will be sent out to all entries at 11 a.m. the day prior to the performance via email and SMS, if they won or lost the lottery. There should only be one entry per person and any repeated entries will be discarded.

The Hollywood Pantages Theatre is located at 6233 Hollywood Blvd.