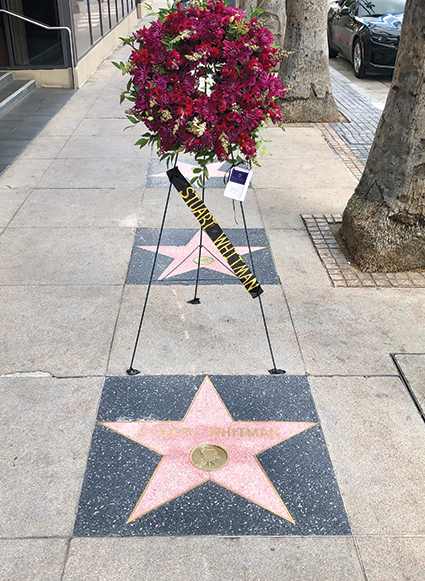 Flowers marked the Hollywood Walk of Fame star of Stuart Whitman, who died on March 16 at the age of 92.

Whitman acted in television and movies, including “The Comancheros,” “Night of the Lepus,” “Cimarron Strip” and “Superboy.” He was nominated for an Academy Award for his starring role in “The Mark” in 1961.