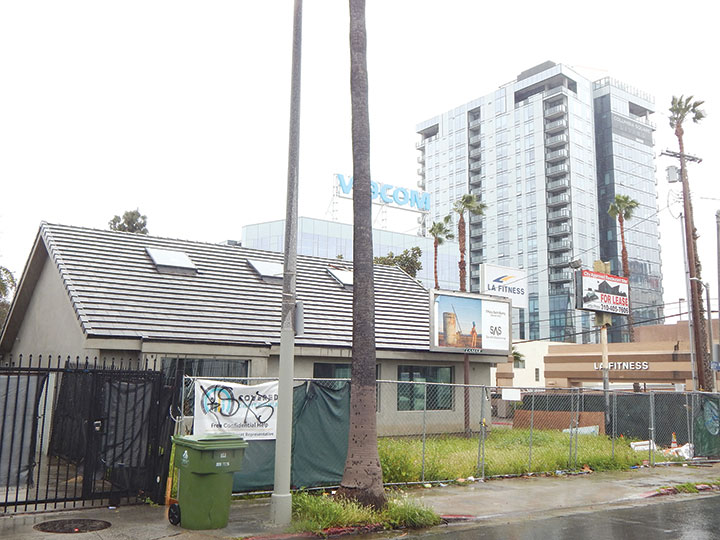 A fire damaged a vacant building on March 13 at the corner of Gower Street and Carlton Way in Hollywood. The Los Angeles Fire Department responded at 10:53 a.m. after receiving call about a fire at the building, which was listed by the fire department as a single-family home but appears to be a vacant structure that once housed a business at the southeast corner of the intersection. A sign at the site stated the building was for lease. Firefighters extinguished the blaze in nine minutes and confined it to a single interior room. The exterior of the building appeared undamaged but charred building materials were piled outside. No injuries were reported and no estimate of damage was available. The cause of the fire remains under investigation.