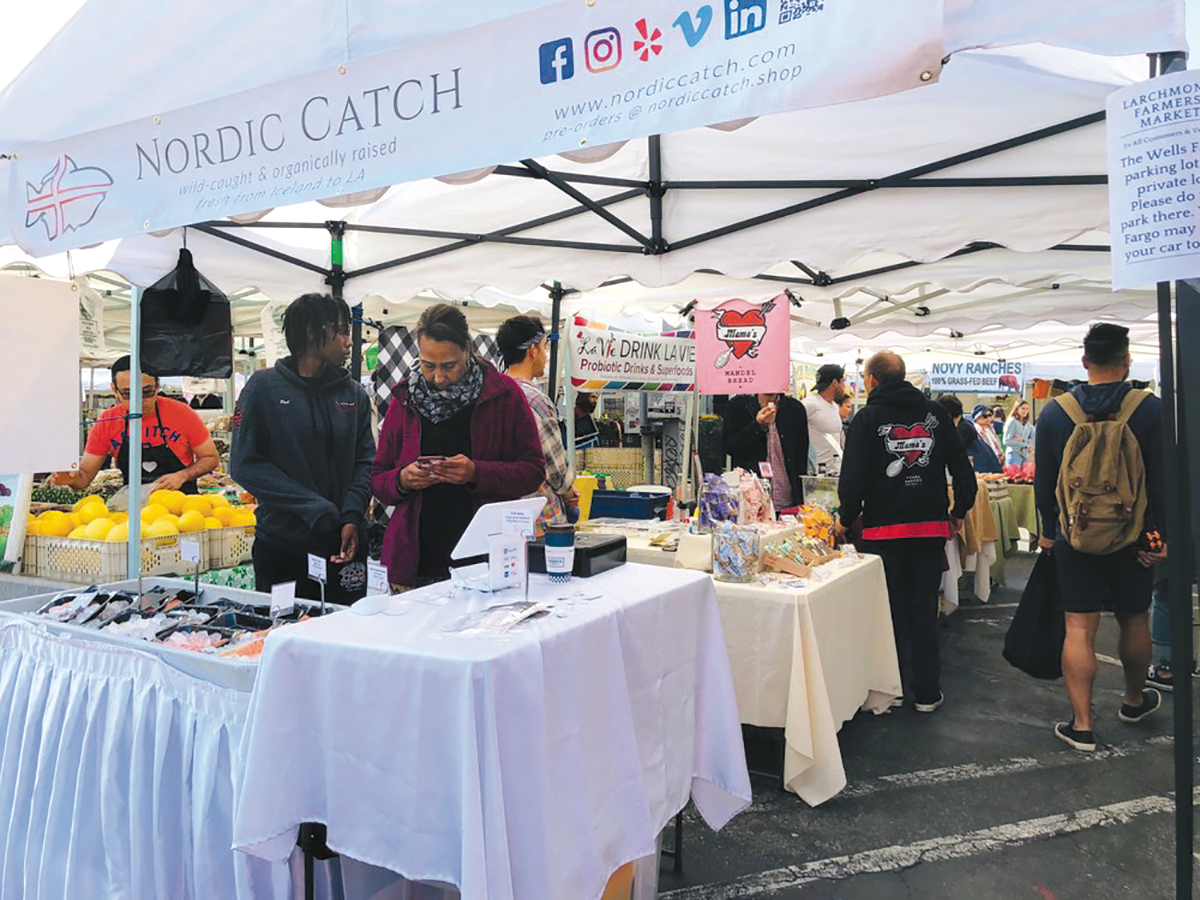 Los Angeles City Councilman David Ryu, 4th District, announced on March 14 that plans will allow the Larchmont Farmers’ Market to remain at its current location in the 200 block of North Larchmont Boulevard while also accommodating a small pocket park and playground at the site.

The plan precludes the need for the farmers’ market to relocate and enables all vendors to remain. Construction of the approximately 1,200-square-foot pocket park and playground is anticipated to occur from April through June, but the market will remain open and vendors will be reconfigured around the project, which will occupy six spaces in the lot. The farmers’ market is part of an essential food distribution network of businesses that are remaining open to serve the public during the coronavirus emergency, although additional measures will be in place to ensure hygiene and social distancing. The market is operated by the company Raw Inspiration from 10 a.m. to 2 p.m. every Sunday.

Melissa Farwell, director of coordination and development for Raw Inspiration, said the market has grown over the years and the operators would like to move somewhere else nearby if a site is identified, but the market will remain in its current location until other plans are made.

“We have been working closely with the councilman’s office to move the farmers market to a location that works for the farmers market as well as the community. We do not intend to leave the Larchmont area. We have been an important part of the community for 18 years and we have no intention of changing that,” Farwell said. “The reality is that the market has grown over the 18 years, and while we have loved our current location, we also would like the opportunity to find a new home where we have a bit more room to accommodate the demand of the community.”

Ryu said his office will continue to assist Raw Inspiration in its attempt to locate a new space, and the councilman said he also supports the new pocket park and playground. Ryu added that he embraces creating new open space in the district and the new playground helps meet that goal.

The cost of the new pocket park is approximately $272,000, said Craig Raines, a landscape architect with the Los Angeles Department for Recreation and Parks. The city owns the lot and park funds will be used for new play structures and benches, as well as ground surfaces that cushion falls.

Ryu added that he is willing to meet with people who have concerns or are seeking information about the project in small groups, but does not plan to hold any large public meetings. Anyone who is seeking information or wants to schedule a meeting is urged to contact Ryu’s Field Deputy Rob Fisher by calling (323)957-6415, or email rob.fisher@lacity.org.

not so fast, my friends at the beverly press. it seems you were as fooled as a few others were by generalities and promises. councilman Ryu’s office has known for a long time that the market was planning to relocate to a different location on Larchmont Blvd, NEVER REVEALED THIS TO THE PUBLIC, and has glossed over this as a mere possibility when it was the plan all along. but they never got it to happen, for a variety of reasons (moving a market is quite involved, it’s not wanted in the proposed location, and worst of all, the move could be devastating to the many businesses that rely on the foot traffic to exist, but over two YEARS they never bothered to consider this).
cut to friday the 13th, 24 hours before a faux community one-way phone session , and Ryu’s team scrambles to find a way now that the plan to move north has been squashed, and he suddenly “promises” the market manager that they will simply expand onto the adjacent Larchmont Blvd, without speaking to the merchants it will effect nor the most impacted building owner, who is opposed to the playgound. anything to keep his play space. there’s a lot more, but the bottom line is Ryu is committed to this boondoggle, supported by very few we know of aside from the handful who proposed it with no community outreach, for devious reasons, and he’s ignoring the will of over 2000 community stakeholders who for a dozen reasons oppose this terrible idea. your writer failed to listen carefully to what was being said, and worse didn’t ask anyone familiar with the situation to comment. be careful or The Larchmont Chronicle will sue you for usurping their journalistic style.