Congressman testifies against use of glyphosate in Los Angeles River 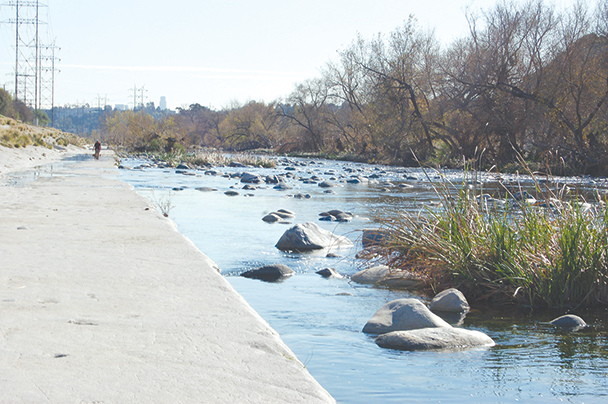 Opposition is growing against the use of the herbicide glyphosate to control vegetation in the L.A. River. (photo by Edwin Folven)

Last month, U.S. Rep. Adam Schiff (D-Burbank) testified before the House Subcommittee on Water Resources and Environment in opposition to the U.S. Army Corps of Engineers’ use of the herbicide glyphosate to manage vegetation in the Los Angeles River.

Many state and local governments, including Los Angeles County, have limited or banned the chemical’s use, and the State of California has added glyphosate to its Proposition 65 list of chemicals known to cause cancer.

“I have heard from many constituents and community organizations in my district over the past several years who have shared concerns regarding the health and safety implications of using the herbicide glyphosate in the Los Angeles River, as well as on other federally managed lands,” Schiff testifed. “I believe that federal agencies should always strive to respect the desires of the local communities in which they work, particularly when using potentially harmful chemicals on public lands.”

Schiff urged the Army Corps to find alternatives to manage vegetation without using potentially harmful chemicals and proposed that the committee include language in its Water Resources Development Act of 2020 to restrict the use of glyphosate within aquatic ecosystem restoration projects, including the Los Angeles River, except in cases where both the corps and the local non-federal sponsor concur that using the chemical is necessary to address an immediate threat to human health or environment.

“This balanced approach would ensure that the corps respects local wishes regarding the use of chemicals in public lands, while also providing flexibility in cases where alternatives are not available,” Schiff added.

No surprise opposition surfaced to project