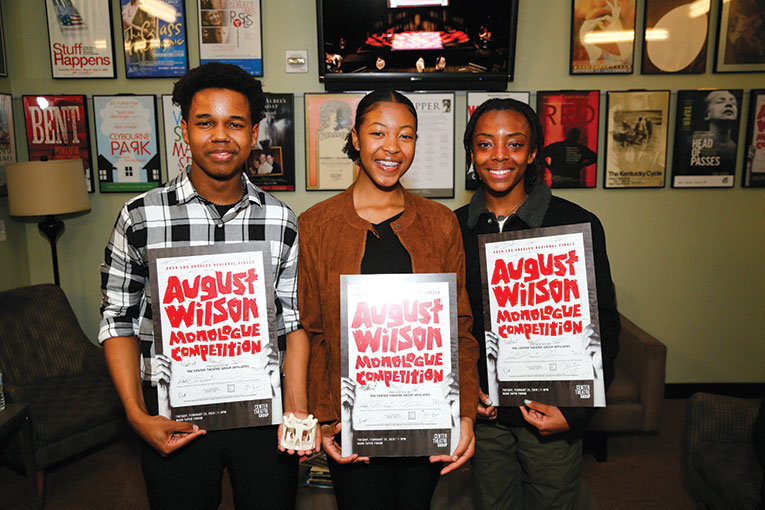 Center Theatre Group has named Kyle Branch, Tyla Uzo and Fletcher Jones as the top performers of the August Wilson Monologue Competition Regional Finals held at the Mark Taper Forum on Feb. 25. Branch and Uzo will go on to represent Los Angeles in the national finals on May 4.

Branch and Uzo will also receive a paid trip to New York City to perform on the stage of the August Wilson Theatre on Broadway. They will compete in a semi-final round with 28 other students from cities around the country. Fifteen of those students will be selected for the national finals, while the other 13 will be part of a performance montage. Jones will serve as the Los Angeles alternate.

This is the ninth consecutive year that Center Theatre Group hosted the Southern California component of the national monologue competition. The program is designed to inspire and educate Los Angeles youth using monologues from Wilson’s “American Century Cycle,” a 10-play cycle that details the complexity of the African-American experience in the 20th century.

Branch, Uzo and Jones were selected from a pool of 12 regional finalists representing nine local high schools within Los Angeles, Orange and Riverside counties. As preparation for the national component of the competition, the three selected students will receive master classes to workshop their monologues.

WeHo gateways should be focal points for visitors