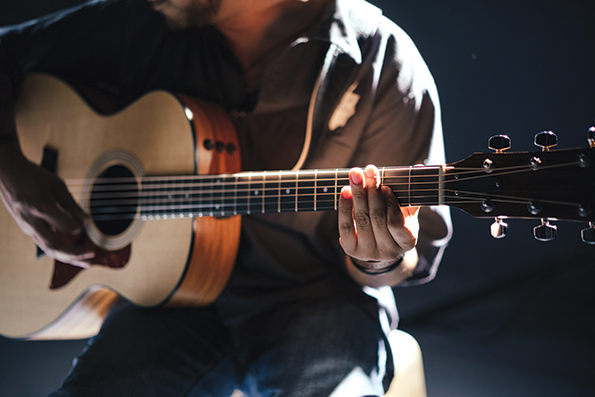 Musicians have been unfairly affected by Assembly Bill 5, critics of the law say. (photo by Gabriel Gurrola/courtesy of Unsplash )

The Beverly Hills Chamber of Commerce is pushing for changes to Assembly Bill 5, the gig worker law that went into effect at the beginning of this year.

The law, which forces companies who categorized some workers as independent contractors to treat them as employees and thus subject to additional benefits, was decried by technology companies like Uber and Doordash, who rely on gig workers who can set their own schedules, instead of hiring full-time or part-time workers.

But beyond the gig economy, the law is affecting a wide variety of industries, from journalism to entertainment and more who use freelancers and contract workers, and some California residents are reportedly losing work because of the law’s stipulations.

“I think a lot of the concern about independent contractors was in the context of these ride-hailing services, but the law that was enacted applies to almost everyone,” said Blair Schlecter, vice president of economic development and government affairs for the chamber. “It applies to all these industries where we weren’t hearing about any problems.”

For instance, Schlecter said, some jobs in the entertainment industry weren’t exempted.

“Musicians and all these people who have a way of doing business they’ve done for many years, the structure has all changed. They’re not happy about it, and the people who employ them or contract them aren’t happy about it either,” Schlecter said.

To ensure they are in compliance with the law, businesses – even small businesses – might need to hire an attorney for help, and for smaller jobs, the attorney’s fees wouldn’t make economic sense, Schlecter said.

“These businesses are stuck between a rock and a hard place,” he said. “You hire someone to do a job for $500 and it costs more than that to hire an attorney to make sure you’re in compliance with [the law].”

Kelly Scott, partner with Ervin Cohen & Jessup, gave a presentation on the “incredibly complicated statute” to chamber members in November, and he said “there were a lot of open mouths in the room.”

“It’s no question that it’s going to add to the price of doing business … Certainly on the front end, you’re going to incur significant legal costs for different types of contractors,” he said.

The chamber is working with local legislators to alleviate some of the members’ concerns. Last month, chamber representatives met with Assemblyman Richard Bloom (D-Santa Monica) to propose a few changes, such as exceptions for short-term jobs or work that pays under $10,000, carve-outs for small businesses and exceptions for some jobs in the entertainment industry, among others.

Bloom said the Beverly Hills Chamber of Commerce is not the only group to raise concerns about AB 5, and his office is working as “a sort of clearinghouse” on such issues.

“There are a lot of folks out there who are sitting on pins and needles because it’s their livelihood being affected, or potentially affected, by AB 5,” Bloom said.

Bloom added that he’s “particularly concerned” about writers and other freelancers whose work could easily be given to someone who doesn’t live in California – they wouldn’t be subject to AB 5 – but when the Assembly goes to make changes, it’s important to be careful.

“We want to preserve the original intent of AB 5 but ensure [help for] those categories of workers who were caught up unexpectedly in this but who don’t belong – for instance, certain categories of writers and musicians, and there are more; I don’t want to be exclusive in that – but these are very real issues of livelihood,” he said.

As the process moves forward, Scott said it’s important to note that the law is not going away, and fixes will help, but they likely won’t be a panacea, as the issue has become “politicized.” Republicans are attacking the legislation, which “polarizes the Democrats and forces them to defend the law while they seek to clarify it,” he said.

“There should be some changes made to the law … If those changes were made, yes, the law would be more manageable, but it will still be a confusing and difficult law, it will just be less so,” Scott said.

There are many bills that seek to change AB 5’s provisions and provide relief to certain industries or jobs. By Scott’s count, there are at least 30 such bills, including Senate Bill 1039, which would allow people to voluntarily exempt themselves from AB 5’s provisions by declaring that they would like to work as an independent contractor.

“If you think about it, that could solve a lot of these issues … I think we need to think a little more creatively and not try to bang a square peg into a round hole,” he said.

AB5 has caused many contractors to lose a large amount of work and money. Contractors that work for businesses in other states are the most heavily impacted. These organizations can just easily hire someone from the 49 other states that do not impose convoluted restrictions on freelancers.