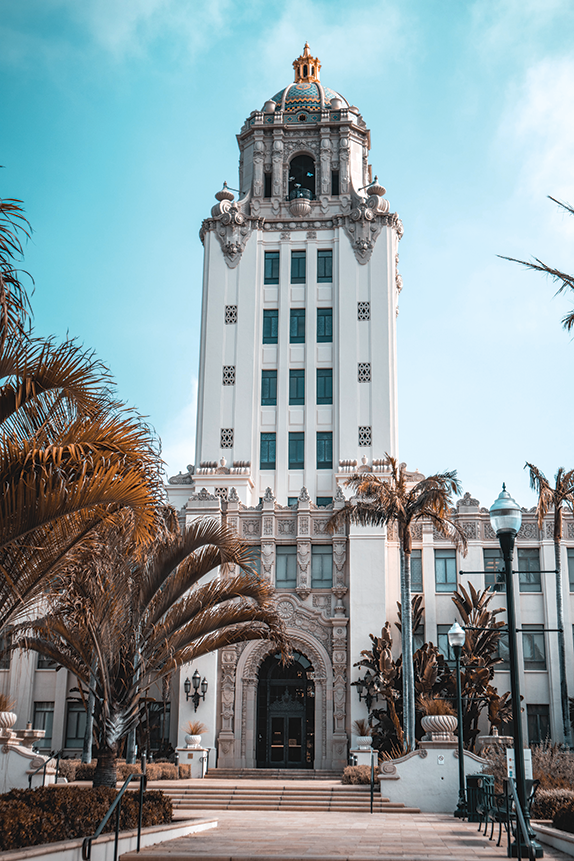 The Beverly Hills City Council met virtually for eight hours on March 16 to discuss the city’s response to the coronavirus pandemic. (photo by Laurenz Heymann/courtesy of Unsplash)

On March 16, the Beverly Hills City Council added to the numerous actions the city has taken to combat the spread of the coronavirus pandemic.

Beverly Hills had already formed the COVID-19 (Novel Corona­virus) Advisory Committee to inform city policy and help reduce the spread of the virus through proactive measures; postponed events and activities like the city’s annual Employee Awards Luncheon, Mayor’s Sing-Along planned for April 1, the Beverly Hills Chamber of Commerce’s Innovate Beverly Hills event and others; launched a COVID-19 Hotline – (310)550-4680 – that will be staffed Monday through Friday from 9 a.m. to 6 p.m. to answer questions about the coronavirus and public health; closed park community centers and canceled preschool and afterschool programs; and closed City Hall to the public, relying instead on virtual participation for city commission meetings.

On March 16, the virtual meeting plan was put to the test as the council met through a teleconference to ratify the local emergency that was declared by City Manager George Chavez the day before. While Chavez, Mayor John Mirisch and city staff members were present in the Council Chamber, the other four City Council members telephoned in and participated in the eight-hour-long meeting via phone.

The council unanimously passed an urgency ordinance that went into effect at midnight following the meeting. The ordinance, which will remain in effect until the city’s local emergency is canceled or the ordinance is changed by the council, took multiple steps that aim to slow the spread of the virus and limit the impact on residents and businesses in the community.

Restaurants are only allowed to conduct business via to-go orders and delivery, and dine-in service – as well as buffet service – will no longer be allowed. Only cafeterias and commissaries in nursing homes and similar institutions will be exempted.

Almost all of the public speakers emailed their comments or called in to make their voices heard, though Todd Johnson, president and CEO of the Beverly Hills Chamber of Commerce, appeared in person; however, he spoke via video conference from a separate room. Johnson said many of Beverly Hills’ restaurants have already pivoted to take-out and delivery only.

“It’s vitally important restaurants are able to do the to-go and take-out here, because they have stockpiles of food and we don’t want to waste it,” Johnson said.

The council considered some exemptions – for example, restaurants located inside hotels – but concerns that the hotel employees could be put at higher risk of infection by dine-in service led the council to include the hotel restaurants in the ordinance’s stipulations.

The council decided to better accommodate parking in front of restaurants so that to-go customers could be more easily serviced.

The council decided to close entirely all bars and nightclubs that do not serve food, fitness centers and gyms, and entertainment venues and movie theaters.

As restaurants can conduct business via pick-up and delivery, so too can retail establishments, the council decided. However, all non-essential retail businesses – including those on Rodeo Drive – will be limited only to order pick-up and limited transactions by appointment.

While hardware stores, grocery stores, pharmacies and pet supply stores were declared essential, other businesses, such as hair salons, massage parlors, nail salons and spas, were closed except for retail sales done as to-go orders or limited appointment-based business. In addition, elective dental, medical and surgical procedures are now prohibited.

“I think our position should be that we really encourage things that are truly elective being put off,” said Councilman Julian Gold, who is also an anesthesiologist.

The council also put in place a moratorium on evictions for both residential and commercial customers who can’t pay rent due to the coronavirus. Gold argued for more stringent restrictions on who could claim to be impacted and thus exempted from paying rent for a short time.

“At the end of the day, I’m absolutely in support of tenants who should not be evicted if they’re sick or their family is sick … but I’m concerned with the potentially unintended consequences,” Gold said.

The other council members pointed out that the missed months’ rent will need to be paid back after the crisis is over, and this is solely to keep people and businesses in their homes and offices until people can get back to work.

“This is not forgiveness of rent,” Councilman Robert Wunderlich said.

The council also said it would put in place a temporary suspension on water cutoffs, as the Beverly Hills Public Works Department provides water service in the city, and it strongly recommended non-city-owned utilities do the same. During the meeting, Chavez found that many utilities that service Beverly Hills, from Southern California Edison to Spectrum, had pledged to not cut service for those unable to pay during the pandemic.

The council also decided to temporarily suspend some parking regulations, as more people are working from home and parking has become more difficult, especially on days where people must move their vehicles for street sweeping.

“We need to work with the residents and figure out a way to do that where they won’t get ticketed,” Mirisch said.

Mirisch also announced he would lead the creation of the COVID-19 Kindness Task Force, where volunteers could help seniors and other vulnerable groups get their groceries and medicines, and provide companionship during a trying time.

Some members of the council raised concern that the increased social contact could help the virus spread, especially by those who don’t know they’re infected.

“I see this as a virtual exercise, where we can call people and talk to people, or use FaceTime, but the person-to-person … I worry a little bit that that senior, as frail as they might be, might be better protected by that envelope that is their home,” Gold said.

“We just have to make sure we do it safely,” Bosse added.

Mirisch assured the other council members that some of the task force’s work will be virtual, reducing the risk of transmission, and the task force would act in ways that ensure public safety.

“If anything, I hope we make kindness – and not COVID-19 – contagious,” Mirisch said.

For information about Beverly Hills during the coronavirus pandemic, visit beverlyhills.org/novelcoronavirus.