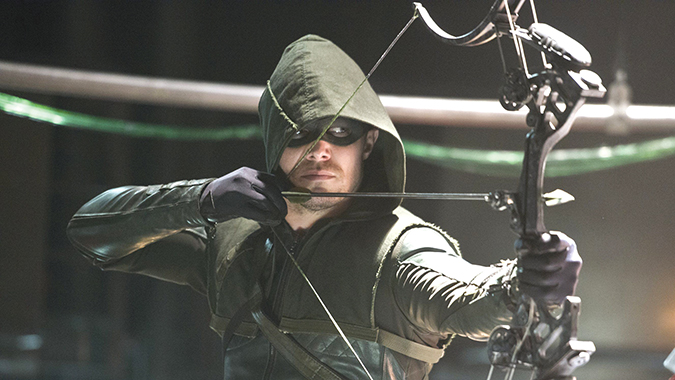 “Arrow” completed its eighth and final season in January. (photo courtesy of The CW)

Isolation does weird things to the mind, and since the streaming giants only feature random episodes of “Jeopardy!,” how are we supposed to find media that make us think? “Game of Thrones” might do the trick, with all its subplots and family histories to track, but we have many more days of staying home ahead, too many. The easy remedy includes cop shows, medical dramas and baking competitions, but they do little to stimulate the mind. Only one option remains, but before I tell you, I must set the stage.

Steven Johnson’s quite readable “Everything Bad is Good for You” makes a rather simple claim: pop culture has gradually gotten more complex and intelligent over the years. Even reality TV is more intricate than its predecessors in the early ‘90s. For my streaming dollars, The CW provides the best modern example of this.

Yes, amidst all that teen and young adult melodrama lies hours of satisfying, well-paced content. You doubt me? Clearly, you’ve never tried to cut the sexual tension between Elena and Damon on “The Vampire Diaries” or sink your teeth into a murder mystery alongside an undead coroner who acquires memories of the deceased with every bite of their brains in “iZombie.”

Quietly, the Warner Bros. and CBS co-owned venture continues to generate series, like “Supernatural” ending this year after a whopping 15 seasons. You might deem these options too niche, but The CW truly offers an array of options across genres: horror, sci-fi, drama, comedy and whatever “Riverdale” is with its “Twin Peaks” vibes.

For all your superhero needs, Marvel might dominate the big screen, but its television siblings don’t compare. The “Arrowverse” – named after the multi-series franchise’s first installment, which wrapped its final season in January – has racked up more than 500 episodes across six series.

Besides “Arrow,” the remaining shows will all return, and two more will also premiere at some point. Not everything is a win – notably tiresome brooding on “The Flash” and hyper-stoicism on “Supergirl” – but crossovers are a blast, casting is normally on point and “Legends of Tomorrow” offers the most satisfying joke in the season three finale.

Nothing gives me more pleasure than promoting a show like “Batwoman,” so reviled by obnoxious social media haters. Sure, the pilot is awful, but it finds its stride. And “Black Lightning,” previously a dropped Fox option, features the most consistent writing, remarkable characters and fantastic style.

Now, superheroes might not be your thing, so I give you the best show you’re not watching, “The 100,” based on the young adult series by Kass Morgan. Again, this one starts bad. Featuring 100 youths ejected from a space colony to determine if a previously irradiated Earth is ready for humanity’s return, we immediately dive into teen drama. Even Imagine Dragons’ “Radioactive” plays while kids go full “Lord of the Flies.” 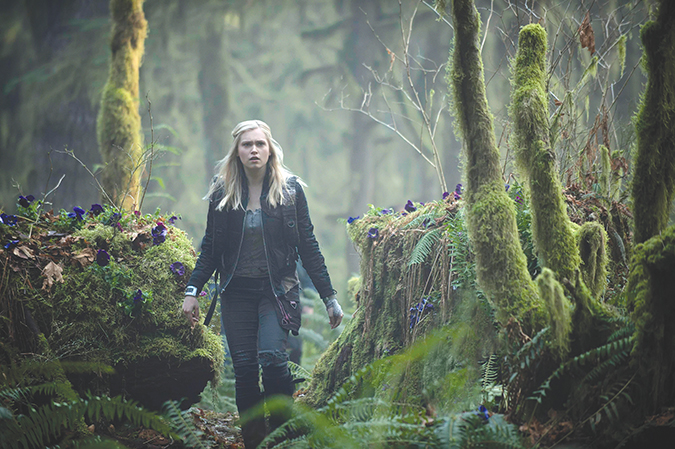 “The 100” returns for season seven this year on The CW. (photo courtesy of The CW)

That ends quickly, replaced by a complex anthropological web that invokes the best of “Mad Max,” “Terminator” and all the other dystopian greatest hits. Season seven will return later this year, but there’s plenty to binge on Netflix right now.

Fret not, sci-fi haters. You and I might disagree on nerdy media, but The CW has plenty of teen drama. From “Gossip Girl” to “One Tree Hill,” the self-importance of high school reigns supreme. The stakes are never higher than “The Vampire Diaries,” along with spinoffs “The Originals” and “Legacies,” which wraps its second season tonight.

Those first two bathe in moral ambiguity, featuring vamps, werewolves and witches (and hybrids) killing one week, regaining their humanity the next. “Legacies” favors more campy sensibilities, but it’s a fun ride nonetheless. If you want something a bit heavier, the remake of “Charmed” transformed in season two. Replacing all those homages to the original series, its sophomore outing burned it all down and restarted, creating something shockingly on point.

Fine, you don’t want sci-fi or fantasy. Can I interest you in a musical series? Think “Glee” but actually funny. “Crazy Ex-Girlfriend” made headlines as the least watched series on the five largest free-to-air networks. You might think that’s a dig, but complex and smart doesn’t always rake in big ratings right away. But “Crazy” finished on its own terms with a solid four seasons.

This is the time for hidden gems, and the pilot alone has several bust-your-gut laughs, including an opening number all about the magical Cali city West Covina, and another hilarious one, “The Sexy Getting Ready Song,” exposing the horror story of a woman’s preparation for a date. The rest of the show follows suit.

One thing you get from The CW, more than any other network, is closure. Unlike most major networks, The CW allows series to finish what they start, whether it’s a little known remake of “Le Femme Nikita,” simply called “Nikita,” or an Elizabethan series featuring a modern soundtrack, “Reign.”

The CW drops content that sticks way more than any predictable episode of “CSI,” “NCIS,” “FBI,” “SWAT,” “911” and anything else Steven Johnson would dis for dumbing down viewers’ critical thinking. Most series from The CW require the “Lost” approach: watch from the beginning, which is a splendid idea to pass time right now. And, it comes with an added bonus: nobody has to know. Staying at home means never having to justify how you pass the time. So, watch one or watch them all. I won’t judge.