What’s in a name? Everything for antiheroine ‘Harley Quinn’ and her gang of misfits 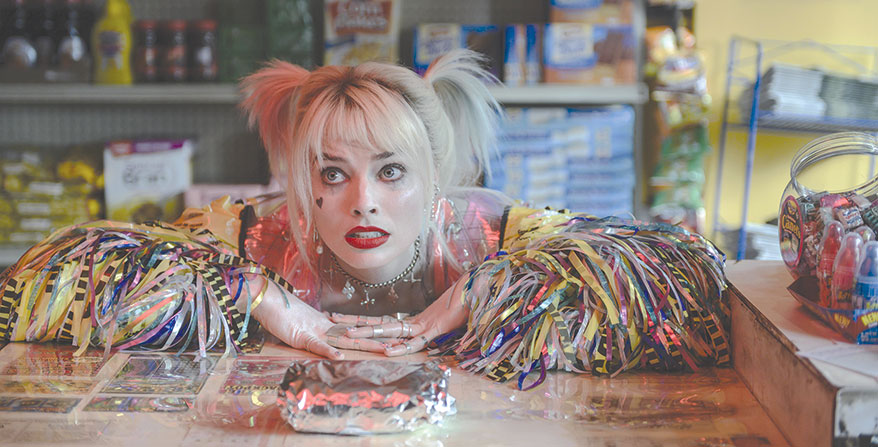 Margot Robbie stars as the title character in “Harley Quinn: Birds of Prey,” the latest film in the DC Universe. (photo courtesy of Warner Bros. Pictures)

In the growing superhero film canon (including all the supervillain and antihero fare popping up), “Birds of Prey (and the Fantabulous Emancipation of One Harley Quinn)” – now called “Harley Quinn: Birds of Prey” at some theaters as of this week – falls somewhere in the middle, never dull, boring or bland, but too messy to reach greater heights.

I don’t wish to dump on anyone who found joy in this film. It checks a lot of boxes: great cast, unique costumes, quirky locales, a hyena named Bruce, bonkers shenanigans and a diverse director and writer, which should always matter in an industry that often feels immune to equality even as it champions such causes on screen.

With so many notable appeals, “Harley” drowns in minor details. Lots of character origins coupled with narrative shortcuts thanks to one Harley Quinn’s voiceover that outsources exposition rather than expand the Clown Princess of Crime’s unique personality.

If you wanna get to know the new heroes on the Birds of Prey team, you might leave disappointed, since “Harley” functions more like a backdoor pilot, focusing most on former Joker sidekick Harley Quinn (Margot Robbie) and her liberation from a toxic partnership with Mr. J.

Robbie, as Harley, remains inspired casting, despite her debut in the wretched “Suicide Squad,” which oddly won an Oscar. Now, she leads an R-rated iteration of the character, the second of its kind if you include DC Universe’s “Harley Quinn” animated series, which is worth a view.

Robbie mostly owns the role, but the flapper-girl accent slips in and out. The high points occur during various fight sequences: a police station raid with a very intense confetti gun, her inaugural use of a baseball bat and roller skates during the final showdown. And who can’t relate to love (not like, but love) of a greasy breakfast sandwich. 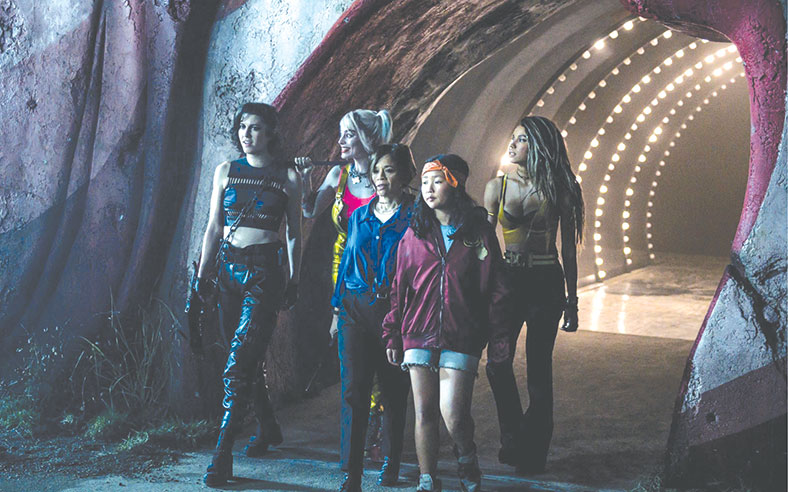 “Harley and the Birds of Prey” unite in the new film centered on the anti-heroine Harley Quinn. (photo courtesy of Warner Bros. Pictures”)

Another high: Black Canary. The DC Extended Universe is, itself, a hot mess, but casting has always leaned to reimagining various characters, from Jason Momoa as Aquaman to Jurnee Smollett-Bell as Black Canary. Many a naysayers will, of course, complain about casting a non-white actor as a character created in 1947. If only The CW and other animated series provided alternatives. So yeah, complaints on this alone fall very flat, which can’t be said of Smollett-Bell’s amazing singing voice, fighting skills and textured performance.

And then there’s Mary Elizabeth Winstead as Huntress, a Batman family character with a dark assassin origin. Winstead is another splendid choice, but she clocks so little screen time that any conclusions on performance or incarnation of the comics antihero appear premature.

That leads us to a central problem with “Harley”: It spends so little time on the Birds of Prey, the villains and even Bruce the hyena. That might not be a major problem, especially in a film dead set on spinning off multiple others in years to come, but this story’s clunky design undermines the long game.

Editing and structure are the central problems. Action sequences replace the usual film score with updated remakes to iconic songs. Again, this isn’t necessarily a bad thing, but those songs’ presence (and there are many) undermines what occurs on screen. What should accent each scene becomes a monotone presence.

And the decision to subvert chronology, jump around, softens the film’s pulse, delaying the inevitable team up. Various standout moments do right by the characters, but getting to them takes too long in between.

Unexpectedly, Rosie Perez is a weak link, with a cliché performance. Sorry, Harley’s voiceover naming her cop one-liners cliché doesn’t make her dialogue or depiction any better. But Perez is nowhere near as tedious as the villains, both Chris Messina’s Victor Zsasz and Ewan McGregor’s Black Mask, the crime boss who owns the town. Copying most DC films, and almost every Marvel one, he’s more one dimensional than minimalist art. Bad family life, paranoid, germaphobic, sexist. That’s it.

In “Harley’s” favor, things never come close to the lows of other DCEU films (“Justice League,” “Batman v Superman,” “Suicide”), but it doesn’t broach the top either (“Wonder Woman,” “Shazam,” “Aquaman”). Instead, it shares the middle with “Man of Steel,” as both entertaining and a little disappointing, never quite taking flight.

I can agree “Harley” is entertaining, but it mostly serves as a filler, overwrought with obligatory origins and various introductions in service of the future. At least it’s not cliché and mediocre like “Joker,” so perhaps it has a chance at some acclaim come next awards season. (Fine, that’ll be my last dig at that film, promise.)

Board of Education endorses ballot measure to increase school funding