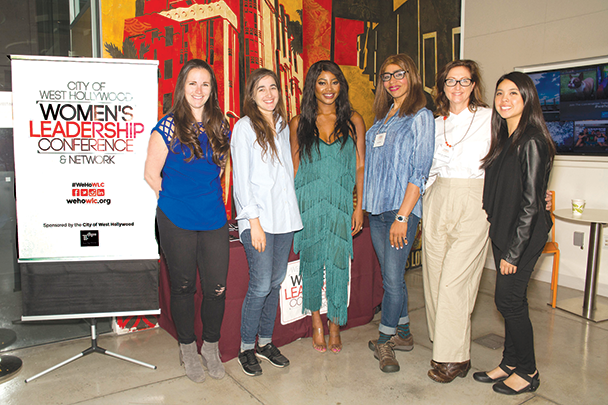 On Feb. 18, the West Hollywood City Council unanimously agreed to approve West Hollywood as the host city for the National League of Cities’ 2020 Women in Municipal Government Summer Conference.

Mayor Pro Tempore Lindsey Horvath currently serves as the president of Women in Municipal Government’s board of directors, and the conference is traditionally held in the serving president’s hometown.

“One of West Hollywood’s core values is respect for all,” Horvath said. “We’ve been protecting women’s rights ever since we incorporated.”

The conference, which will be held July 8-11, will be melded with the city’s annual Women’s Leadership Conference, which is designed to engage and empower its participants through workshops, panel discussions, advocacy trainings and networking.

Horvath said that combining the conferences, resources and financial support from the National League of Cities will further enhance the conference.

“By organizing the conferences in this way, all invested West Hollywood community members will have access to robust content about women’s issues, the ongoing pursuit of full equality and extensive opportunities for networking and relationship building,” the city staff report said.

Merging the conferences will provide attendees the opportunity to hear from women elected officials, and for those elected officials to hear local women’s stories, Councilwoman Lauren Meister said. WIMG conferences seek to encourage women to seek public office in their communities and provide them with resources to begin the process.

“As a woman in office, it’s important to show female constituents that getting involved and working together can make a difference,” Meister said. “My ‘kitchen cabinet’ is 80% women, and it’s a great support network that keeps me focused. Since being elected, I have appointed women to city commissions and boards that, in the past, have skewed heavily male.”

Still, Horvath wants to see further steps toward gender equality implemented on a local level and diversity featured at the conference.

“Unfortunately, we’re still fighting for gender parity. I think one thing we need to continue to focus on is that women have a voice at all tables,” Horvath said, adding that voices of transgender, queer and minority women need to be included.

More details regarding panelists, registration and location will be announced in the coming months.