VINTAGE: Pitching in to help the YMCA 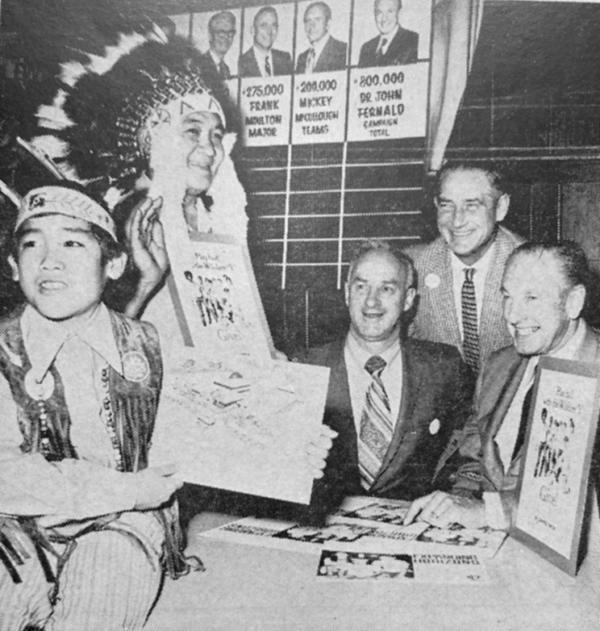 A photograph in the Feb. 2, 1972, issue of the Park Labrea News showed members of the Indian Guides youth group and the Wilshire YMCA during a fundraising campaign to raise $800,000 for upgrades at the YMCA’s former recreation center at 255 S. Oxford Ave. The organization received support from a celebrity, as Sammy Davis Jr. was scheduled to perform in a fundraising concert at the Ambassador Hotel. Tickets to “Sammy Sings for the Y Night” were $10, and proceeds were used for programs for the 30,000 youth served in the Wilshire community. The YMCA still offers numerous fitness and youth programs in the local area at the Hollywood YMCA, 1553 N. Schrader Blvd., and the Anderson Munger Family YMCA, 4301 W. Third St.