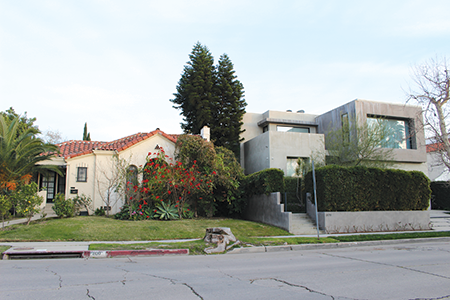 “I am deeply disappointed that the Senate rejected SB 50. California’s long-term failure to build enough housing is harming millions of Californians, damaging our economy, badly undermining our climate goals and threatening California’s status as a center of innovation and diversity,” Wiener said in a press release. “California’s housing status quo is badly broken. [This] vote perpetuates that dysfunction.”

While Wiener and supporters of the bill are dismayed by the vote, presidents of the Hancock Park Homeowners Association and Miracle Mile Residential Association were relieved at its rejection.

“I think I speak for a lot of people – certainly in the Miracle Mile and beyond – we are just dismayed when they put it in terms of one size fits all. It’s not local,” said Jim O’Sullivan, president of MMRA. “I would like Wiener and the rest of them [to explain] how what he’s doing is going to produce housing for the homeless and really low-income people.”

O’Sullivan said he thinks the policy creates too many luxury units for each affordable unit and won’t solve the housing crisis, adding that the ratio would have to be flipped to work.

Mayors from both West Hollywood and Beverly Hills also opposed the bill.

“I think the main impact on West Hollywood is it would’ve taken the built environment of our city out of the hands of our community and put it into Sacramento legislators’ hands, and nobody wants that,” West Hollywood Mayor John D’Amico said.

D’Amico said the “built environment” constitutes the underlying zoning, proposed building size and volume, and the building’s design and landscaping.

The West Hollywood City Council voted at a meeting on Dec. 2 to send a letter to the Southern California Associations of Governments objecting to an increase in the number of new housing units it will require the city to build by 2029. The city has exceeded its housing production during the last two mandated construction periods.

“We have built the appropriate amount of housing because we have policies in place, the community engaged and developers who follow our policies who listen to our concerns,” D’Amico said.

His concerns include ensuring proposed buildings are compatible with their neighborhoods, existing residents are not impacted negatively or displaced, and an appropriate amount of new housing – 20% or more in West Hollywood – is affordable for medium-, low- and very low-income residents.

“[Wiener’s] way is a sycophantic fantasy of California government. Actual cities are doing the work.”

Beverly Hills Mayor John Mirisch said he believes that the bill, which he described as “a wolf in sheep’s clothing,” is good in theory, but will ultimately create speculation and displacement.

“It’s a real estate bill, not a housing bill,” Mirisch said. “There should be more decision-making close to home.”

However, groups like California Yes In My Back Yard were simultaneously disappointed by the outcome and excited about the momentum surrounding housing policy at the state level.

“The reality of the way L.A.’s politics works is it’s done a decent job of putting a bunch of housing in a few neighborhoods, but it’s basically made it impossible to build housing in most neighborhoods,” said Matthew Lewis, director of communications for California YIMBY. “I think there is a question on the table now to everyone who voted against this bill: ‘What’s your solution?’”

Lewis said he believes that senators have an obligation to propose something that they think will balance all the components a housing bill needs with the ability to actually pass the legislature.

After the vote, Wiener said that he plans to introduce new housing production legislation soon.