Rapper killed at residence in the Hollywood Hills 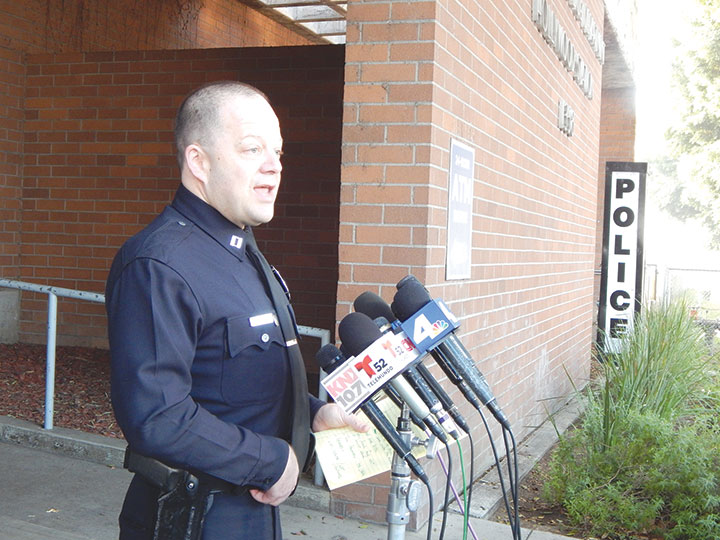 Captain Steven Lurie of the LAPD’s Hollywood Division spoke to the media about the homicide on Feb. 19. (photo by Edwin Folven)

A 20-year-old rap music artist was shot and killed on Feb. 19 at a residence in the Hollywood Hills.

The victim, who goes by the name Pop Smoke, was taken by paramedics to a hospital and later died. His real name is Bashar Barakah Jackson.

Officers from the Los Angeles Police Department’s Hollywood Division responded to the residence in the 2000 block of Hercules Drive after receiving a call about a break-in at the house. Capt. Steven Lurie, commanding officer of the Hollywood Division, said someone “back east” called the police station and told officers that an armed suspect was breaking into the residence of a friend at the location.

“When officers arrived there approximately six minutes later, they discovered a victim inside the house had been shot. They called the fire department, who arrived and transported that victim to Cedars-Sinai hospital, where he was pronounced dead,” Lurie said. “Officers detained several people who were inside the house, however, all of those folks were released. No one was arrested at the scene.”

Lurie said the 911 call came from an unidentified individual who is a friend of someone inside the residence. He said two to six men, at least one wearing a mask and armed with a handgun, entered the residence and committed the crime.

The suspects fled by the time police arrived. The motive in unknown, Lurie said. No other injuries were reported and no description of the suspects was provided.

Detectives from the LAPD’s West Bureau Homicide Unit are investigating the murder. Anyone with information is urged to call detectives at (213)382-9470.