Puppeteering brothers to be honored on Walk of Fame 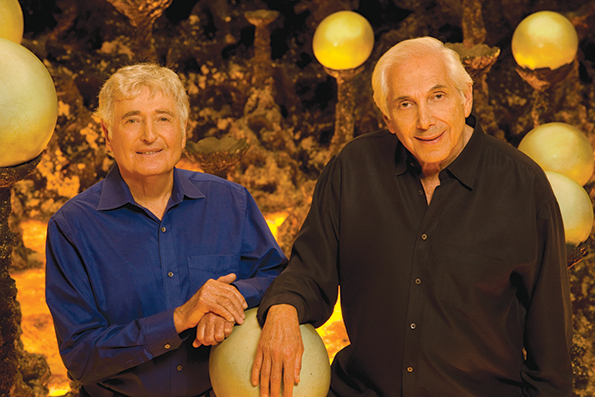 The Krofft Brothers are known for their work on television and in amusement parks. (photo courtesy of the Hollywood Chamber of Commerce)

The Hollywood Chamber of Commerce is proud to announce that puppeteers, producers and brothers Sid and Marty Krofft will be honored with the 2,687th star on the Hollywood Walk of Fame on Thursday, Feb. 13, at 11:30 a.m.

The star will be dedicated in the category of Television at 6201 Hollywood Blvd., in front of the Funko store.

“Many of us have grown up with the popular shows of Sid and Marty Krofft. The brothers have made memories for many kids of all ages and will continue to do so for years to come. We are proud to add these memory-makers to our Walk of Fame family,” said Ana Martinez, producer of the Hollywood Walk of Fame.”

The Kroffts have been producing quality family entertainment for more than 50 years. Their TV shows include “H.R. Pufnstuf,” “The Bugaloos,” “Lidsville,” “Land of the Lost” and “Pryor’s Place.”

For primetime, they created the satirical and funny “D.C. Follies” series, and produced and created the “Donny & Marie Show,” “The Brady Hour” and “Barbara Mandrell & the Mandrell Sisters.”

They opened their World of Sid & Marty Krofft amusement park in downtown Atlanta in 1976, where CNN is now headquartered. They were creative directors for Six Flags and produced live shows in parks across America before they embarked on their television career.

In 2018, the Kroffts received the Lifetime Achievement Emmy Award from the National Academy of Television Arts and Sciences, but the brothers are still going strong. They have created three series and five pilots in the past three years, including the two-time Emmy-nominated Nickelodeon television series “Mutt & Stuff,” a remake of “Electra Woman & Dyna Girl” and a remake of “Sigmund and the Sea Monsters,” which is currently streaming on Amazon with David Arquette starring as Captain Barnabas.