Prince of Monaco honored in Beverly Hills for conservation 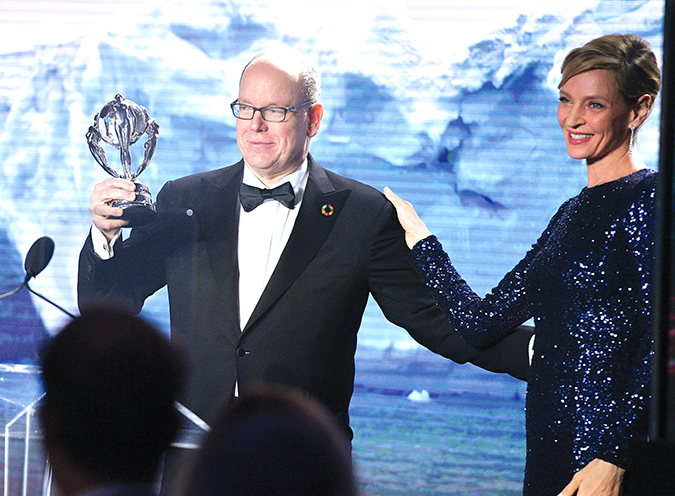 Prince Albert II of Monaco received a Lifetime Achievement Award for his dedication to global conservation at the Hollywood for the Global Ocean Gala on Feb. 6 at a private estate in Beverly Hills.

“I am deeply honored to be presented with this Lifetime Achievement Award and be welcomed at this outstanding event,” Prince Albert II said. “This determination to take action and the ambition to change the world with knowledge and intelligence are the most valuable assets we have.”

“This event is so important to me because I have three sons and I’m looking out for their future,” Stone added. “I have the opportunity to engage people to be part of this effort and create a team who will continue to work together and care about this as a group.”

The award acknowledged the Prince of Monaco’s commitment to the planet, its biodiversity and fragile ecosystem. Through his foundation, launched in 2006 and dedicated to sustainable development worldwide, more than 575 projects have been supported around the world. Notable achievements include protecting the bluefin tuna species, encouraging the effective development of marine protected areas and fighting plastic pollution in the Mediterranean Sea.