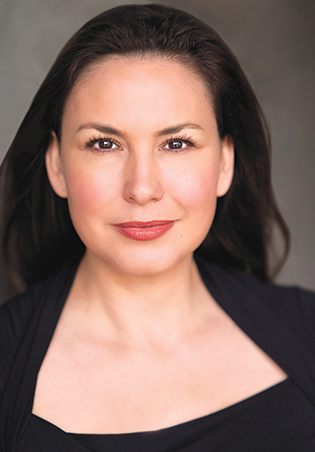 The Autry Museum of the American West on Feb. 4 announced the appointment of DeLanna Studi as the new co-artistic director of its Native Voices theater company.

Studi’s hiring furthers the theater company’s commitment to developing and producing new works for the stage by indigenous writers, directors, producers and performers.

“DeLanna has played many roles, both on and offstage, but the one I am most excited to see her in is co-artistic director of Native Voices,” said W. Richard West Jr., president and CEO of the Autry. “Between her professional achievements and work as an advocate for Native communities, I know that she will continue Native Voices’ mission with the mix of strategic thinking and artistic aplomb she is known for across a range of creative industries.”

Studi will be joining producing artistic director Randy Reinholz as he transitions into emeritus roles with Native Voices.

Among her first projects, Studi will be overseeing the world premiere of “Lying with Badgers,” opening Feb. 28. Written by Jason Grasl, directed by Reinholz and dramaturged by Courtney Elkin Mohler, “Lying with Badgers” is a dark comedy that tells the story of two estranged brothers of the Blackfeet Nation.

“As an enrolled citizen of the Cherokee Nation, my work as an artist has been defined by ‘gadugi,’ a Cherokee word meaning ‘the coming together of a people to celebrate, support and promote each other’,” Studi said. “The word ‘gadugi’ embodies the spirit of teamwork that I believe can ensure that Native Voices remains a vibrant organization with national stature and global impact.”

Studi has over 25 years of experience as a performer, storyteller, educator and activist. She starred in more than world premieres, including 14 Native productions. In film and television, she has had roles in the Peabody Award-winning “Edge of America,” Hallmark’s “Dreamkeeper,” as well as “Goliath,” “Shameless” and “General Hospital.” Since 2007, she has served as the chair of the SAG-AFTRA National Native Americans Committee.

The Autry Museum of the American West is located in Griffith Park, 4700 Western Heritage Way. For information, visit theautry.org.