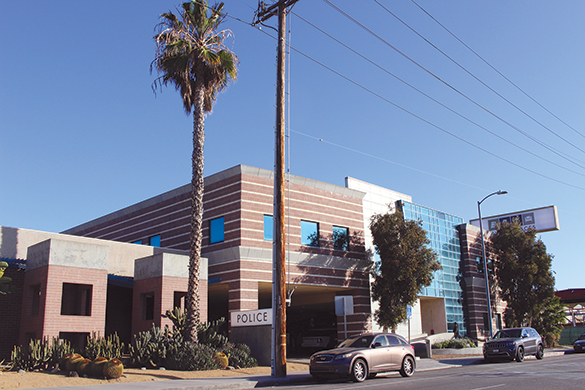 In 2019, there were 69 anti-Semitic, 68 anti-black, 42 anti-Hispanic and 21 anti-transgender hate crimes in Los Angeles. (photo by Morgan Keith)

The Los Angeles City Council unanimously adopted a motion at its Feb. 6 meeting instructing the Los Angeles Police Department to update its website and resources that address hate crimes.

As part of a multi-pronged approach to combatting hate crimes, the motion instructs the LAPD to compile a comprehensive list of organizations for its hate crimes victim’s assistance website and include appropriate contact information for LAPD security assessments. The department will report back to the council on the feasibility of developing a citywide hate crimes communications tool that would coordinate incident data and information.

“I heard of reports of increased threats made against synagogues, reports of rising hate incidents against minority communities in my district,” said Councilman David Ryu, 4th District, who co-authored the bill. “In talking to folks, you could feel it – a sense of unease and a feeling that a tide of hate was rising in Los Angeles.”

In 2019, LAPD recorded 322 hate crimes. There has been a 40.6% increase in hate crimes since 2016, which were predominately geared toward the transgender, black, Hispanic and Jewish communities, according to LAPD’s 2019 hate crime statistics.

“This hate crime data is more than just numbers to me. Behind each number is a person who has been victimized for being who they are and communities living in fear,” Ryu said. “That’s not who we are. That’s not what Los Angeles is about.”

Recent hate crimes in Los Angeles County include a series of anti-Semitic vandalizations in December at Nessah Synagogue in Beverly Hills and Jewish schools on Mulholland Drive.

“The rise of anti-Semitism and hate throughout the country has reached epic and catastrophic proportions. Moreover, the amount of hate crimes and hate incidents against the Jewish community has been steadily rising here in Los Angeles,” said Councilman Paul Koretz, 5th District, who is Jewish and also co-authored the motion. “We cannot and will not stay silent as bad actors try to instill fear in our community.”

“I think the most important progress that’s been made because of these recent incidents is a strong effort on both sides to improve communication,” Cooper said, adding that Orthodox Jews do not use phones on days of worship, which are often when hate crimes occur. “There are a lot of issues with whether you should have armed guards inside a house of worship or not, so that kind of dialogue with the police is extremely important.”

While Cooper believes the motion is a step forward locally, the source of hatred isn’t always local. A federal task force is needed to stop individuals who travel to carry out attacks, Cooper added.

As an immediate result of the motion, LAPD will begin releasing annual reports on hate crime data. Requests for comment from LAPD spokespersons were not returned.

The City Council is expecting a report on the citywide communications tool and how it might work later this year, according to Ryu. Other instructions will take effect sooner, including updates to the LAPD website.

“I think it will help stop hate crimes before they begin,” Ryu said. “We can’t legislate away hate, but that doesn’t mean there’s nothing we can do.”

Dershowitz to speak at Beverly Hills Temple of the Arts