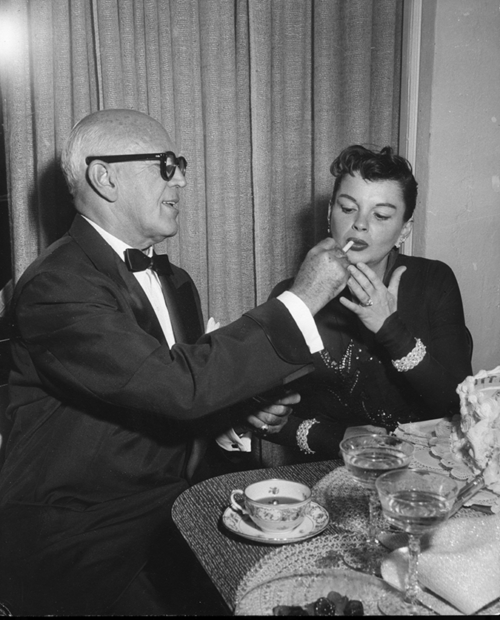 Actress Judy Garland and prolific songwriter Jimmy McHugh were close friends when they worked together at MGM, where Garland starred in films and McHugh wrote songs. The pair were neighbors in Beverly Hills and would get together at each other’s houses with friends for sing-a-longs.

In 1942, she recorded McHugh’s song, “On the Sunny Side of the Street,” for Decca Records.

Because of Garland’s love and affection for McHugh, she had him write the liner notes on the back of her album “Judy In Love” (1958).

In 1961, Judy performed McHugh’s “I Can’t Give You Anything But Love” in a concert at Carnegie Hall, which was recorded and released as an album later that year by Capitol Records.

The album won multiple Grammy Awards including Album of the Year and was at the top of the Billboard charts for 13 weeks.

McHugh was nominated five times for the Academy Award.

The Academy Awards will be held Sunday, Feb. 9 at the Dolby Theatre in Hollywood.