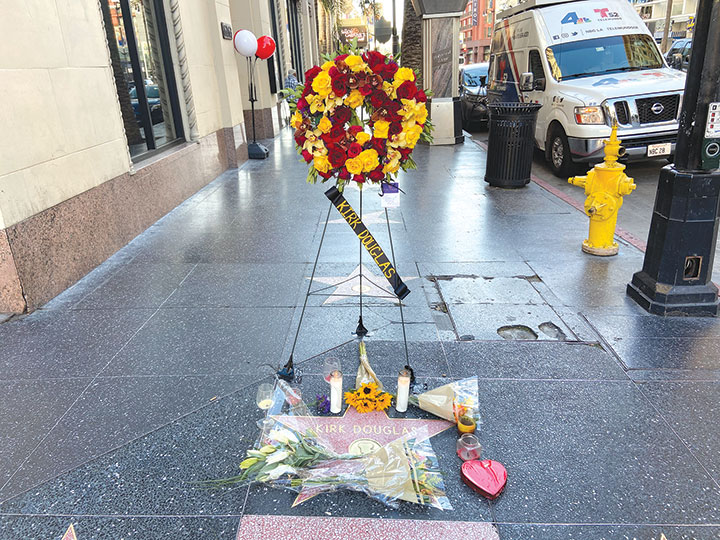 Flowers and candles were placed at the Hollywood Walk of Fame star of actor and producer Kirk Douglas after he died on Feb. 5 at the age of 103. Douglas was a silver screen icon whose career spanned decades. He was perhaps best known for his role as the title character in “Spartacus” (1960), but his credits included dozens of films from the mid-1940s through the early 2000s. He was nominated for Academy Awards for Best Actor for roles in “Champion” (1949), “The Bad and the Beautiful” (1952) and “Lust for Life” (1956). Douglas also produced many films in the early 1970s and appeared in television roles as recent as 2008. He received a star on the Hollywood Walk of Fame in 1960 at 6263 Hollywood Blvd., near the corner of Vine Street.

Best in motion design outlined at annual festival in Hollywood