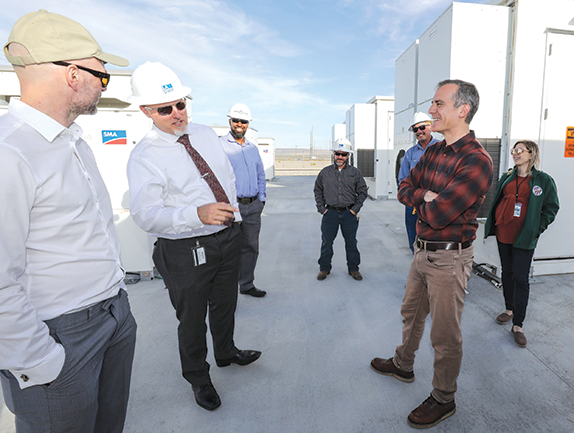 The Beacon Solar and Storage Plant, located in Kern County, is a state-of-the art, 250-megawatt solar power facility that began operations in December 2017. When operating at full capacity, it can produce enough power to serve 102,667 households in Los Angeles. In December 2018, the facility added a 20-megawatt battery system, helping to power the grid when the sun isn’t shining.