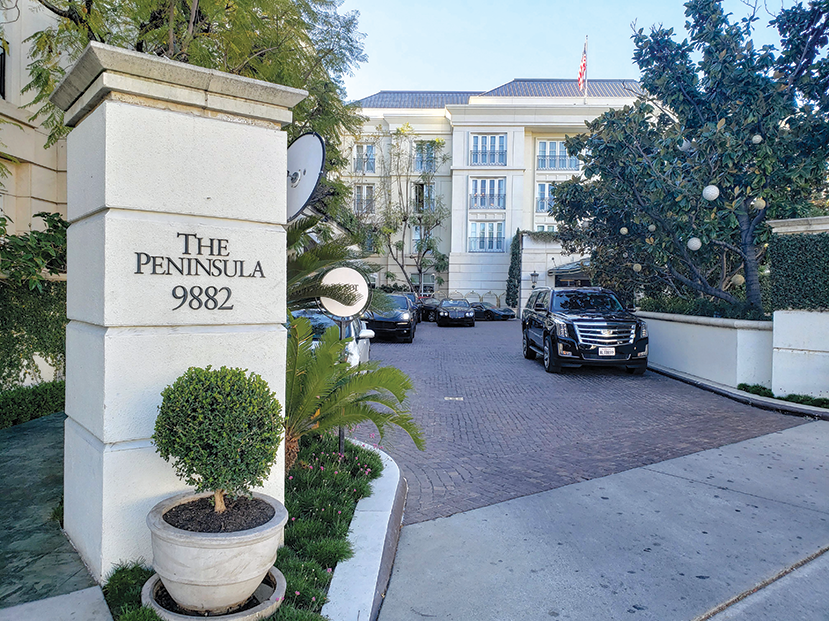 The ownership of the Peninsula Beverly Hills hotel worried the nearby mixed-use project might hurt their business. (photo by Cameron Kiszla)

The Friars Club project received full City Council approval on Feb. 18 after a deal was reached between the developer, GPI Companies, and the Peninsula Beverly Hills hotel.

The project was partially approved in the Feb. 4 City Council meeting after representatives of the two sides showed progress on a compromise on issues like construction noise and short-term home rentals. After an agreement was reached on Feb. 18, the council voted 4-1 to give the four-story, mixed-use project the final go-ahead, with Mayor John Mirisch voting no because he does not support the project.

However, Mirisch joined his colleagues for a unanimous vote in favor of the development agreement after the developer included some concessions for the Belvedere Hotel Group, which owns the Peninsula located across Charleville Boulevard from the project site at 9908 S. Santa Monica Blvd. 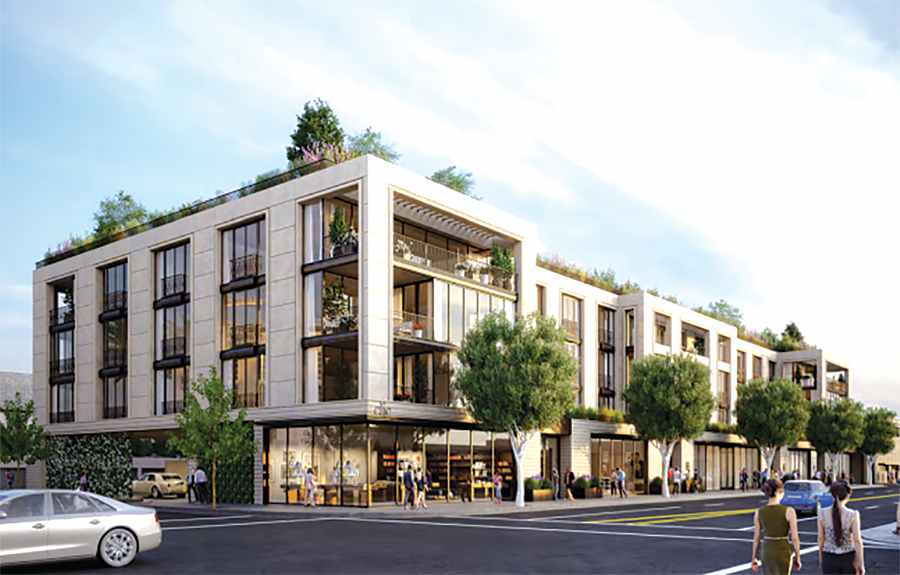 GPI Companies now has approval to build a mixed-use project on the site of the former Friars Club building. (rendering courtesy of GPI Companies)

The Peninsula’s general counsel, Michael Tenner, appeared before the council on Feb. 4 and 18 to argue that the project, if approved without some consideration for the hotel’s proximity, would hurt the Peninsula’s business. In particular, Tenner pushed back against the short-term rentals of residential units and the noisy aspects of construction, especially in the morning.

The Peninsula and GPI agreed on a homeowners association-enforced penalty for future residents who rent their home on a short-term basis and that all high-noise construction activities –such as jackhammering or heavy hauling – take place after 9 a.m. City staff will ensure the construction crews mitigate early-morning noise, using methods such as sound barriers and working on the side of the property farthest away from the Peninsula, and any exceptions will require written notice 24 hours in advance.

Some of the Peninsula’s other requests were not granted. The hotel requested that any construction noise before 9 a.m. not exceed three decibels over the baseline noise, which Ryan Gohlich, the city’s assistant director of community development, said “would effectively preclude any construction activities prior to 9 a.m.”

The Peninsula also requested that no heavy truck traffic use Charleville Boulevard, but Gohlich said that stipulation also went too far.

“That would be overly onerous and may actually cause many other traffic-related impacts as we try to get trucks out of the project site,” Gohlich said.

Once the City Council members confirmed that both Tenner and Cliff Goldstein, founder and managing partner of GPI, were on board with the plan – “Not enthusiastically, but yes, we’re willing to accept it,” Goldstein said – council members praised both sides for finding a working compromise.

“Thank you for reaching an agreement on this. This is consistent with what we’re trying to accomplish,” Councilman Rob­ert Wunderlich said.

“I’m thrilled that both parties were able to come to ‘yes,’ and I look forward to having this move forward,” Councilwoman Lili Bosse added.