For your consideration: The only films that matter prepare to clash at the Oscars 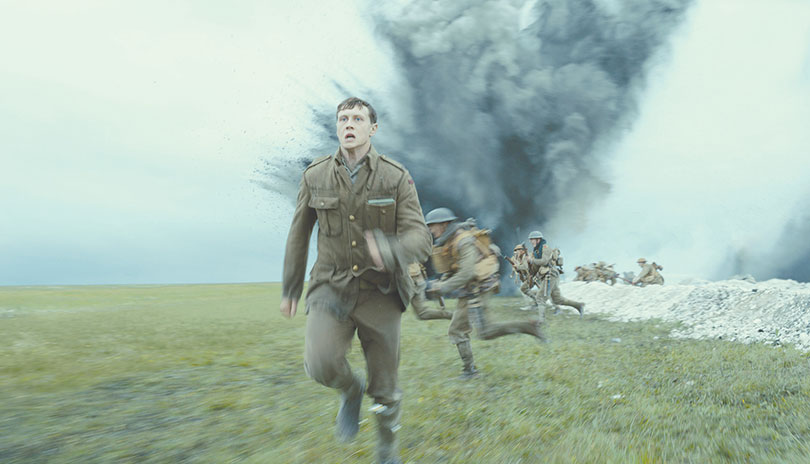 George MacKay portrays Lance Corporal Schofield in “1917,” a film that could win the Best Picture Award at the Academy Awards. (photo courtesy of Universal Pictures)

After last year’s best pic fiasco, what actually wins and what deserves to win depends on the peculiar formula employed by the Academy to determine top honors. Something about rankings as opposed to which one receives the most votes. In a just world, only two contenders belong on top: “Parasite,” a South Korean dark comedy, and “1917,” a World War I flick designed to feel like a single tracking shot.

Amongst many nominations per film – 10 for “1917,” six for “Parasite” – the pair face off for original screenplay, production design, director and best picture. For wildly different reasons, each easily surpasses the other six nominees. And just as easily, both are 2019’s top films, often a concept that conflicts with what the Oscars tend to honor.

To say it could go either way isn’t a sure thing. Again, that formula might take voters’ third option, something like “Jojo Rabbit” or (in a dystopian world) “Joker,” and let them win big. That’s how “The King’s Speech” and “Green Book” outshined far better options in past years.

But if the votes are truly split between “1917” and “Parasite,” then Academy members must choose between spectacle of craft or insane originality. As a war film, “1917” covers familiar narrative terrain, but the actual terrain the film’s Lance Corporal Schofield (George MacKay) traverses surpasses other war films. Sam Mendes puts his background in directing stage musicals to work, with various sequences that seamlessly condense miles of landscape into a visceral ride that feels simultaneously realistic and theatric in a way celluloid does best. 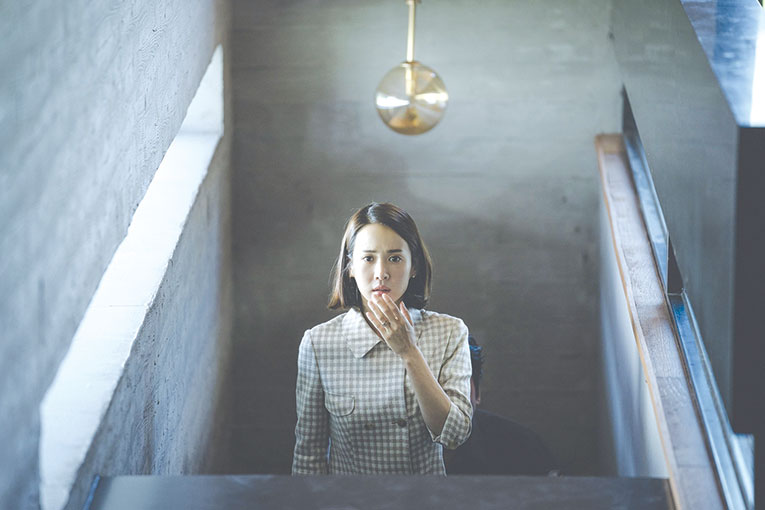 Yeo-jeong Jo appears as Yeon-gyo in “Parasite,” a film among the front-runners for Best Picture. (photo courtesy of Universal Pictures)

Mendes knows how to create buzz-worthy films, from “Revolutionary Road” to 007 flicks “Skyfall” and “Spectre.” He previously won best director for 1999’s “American Beauty,” a film that has aged terribly indeed. “1917” marks new ground, the kind that deserves high praise. The Golden Globes sure thought so, earning him director and best drama wins. And, his film certainly belongs at the top of any war film list.

As for “Parasite,” replace those global conflict stakes with class conflict in modern-day South Korea. The Kim family, unable to pay for basic necessities, finds its golden ticket in the Park family, just as affluent as they are gullible. What begins as a con-job comedy transforms into something else entirely as the climax approaches. It’s bizarre. It’s infatuating. It’s gut-wrenching. And it packs the special kind of jaw-drop factor unlike anything in the West.

“Parasite” and its director, Bong Joon Ho, have already made history with many firsts for South Korean cinema, including a recent win at the SAG Awards for casting, also a first for any foreign language film at the event.

Joon Ho could personally leave with three awards – directing, screenwriting, best pic – and “Parasite” will likely take home best international feature, the new category that replaced the foreign language catagory. But he’s hardly a new face. His films have been on most critics’ radars since his sophomore feature, breakout monster movie “The Host” (2006), alongside ample positive reactions to “Mother,” “Snowpiercer” and “Okja.”

“1917” is the kind of film best experienced on the biggest screen possible, while “Parasite” works on any size, a statement that might dismay a film purest like Martin Scorsese who believes films, especially his best pic nom “The Irishman,” shouldn’t be viewed on mobile devices. Neither makes one film more cinematic than the other. They belong to their own categories of amazing. Alas, only one can win, and history will more fondly remember “Parasite” for its biting commentary, zany story and incredible performances.

Perhaps the most looming challenge is a rather common bias amongst best pic noms: A foreign language film has never won. Of the 12, including the multilingual “Babel,” that date back to 1938, none have broken this glass ceiling. For history’s sake, coupled with unheard of originality, “Parasite” should sweep. But “1917” is a war flick like none other as well. Come Sunday, Oscar will decide who is more deserving: a World War I epic or a class war dark comedy.