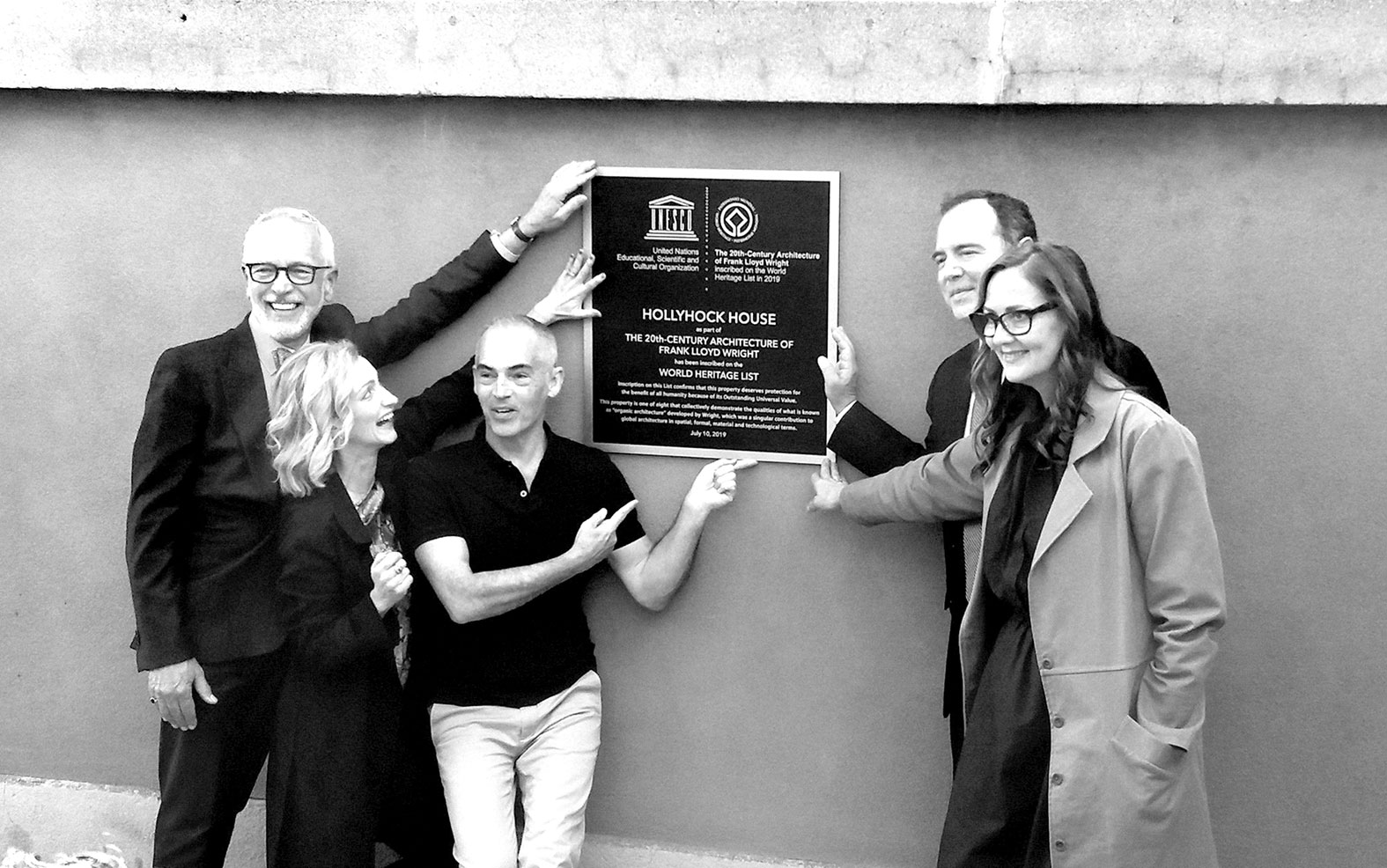 Local and federal officials came together in Hollywood on Feb. 23 to unveil a plaque designating Hollyhock House in Barnsdall Art Park as a UNESCO World Heritage List site.

The Hollyhock House was included on the UNESCO World Heritage List in a designation of multiple sites throughout the United States illustrating the importance of 20th century work by architect Frank Lloyd Wright. In addition to Hollyhock House, the designation includes the Unity Temple in Oak Park, Illinois; the Frederick C. Robie House in Chicago; Taliesin in Spring Green, Wisconsin; Falling­water in Mill Run, Pennsylvania; the Herbert and Katherine Jacobs House in Madison, Wisconsin; Tal­iesin West in Scottsdale, Arizona; and the Solomon R. Guggenheim Museum in New York City. Holly­hock House is the first and only property in Los Angeles on UNESCO’s World Heritage Sites list, and the only site in California.

Barnsdall, a philanthropist and art collector, deeded the land, including 5,000-square-foot Hollyhock House, to the city of Los Angeles in 1927. Wright designed Hollyhock House and two guest houses, one of which is currently undergoing restorations, at Barnsdall Art Park.

The UNESCO designation was based on a proposal by the Frank Lloyd Wright Building Conservancy, an international organization dedicated to the preservation of Wright’s works. UNESCO’s World Heritage Committee announced the designation last July. 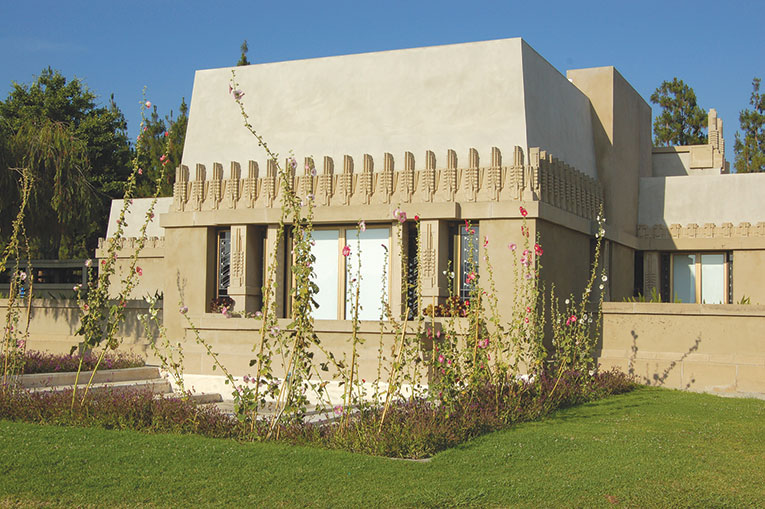 “As a courtyard house, Hollyhock seamlessly melds exterior and interior living space, providing each room with complementary outdoor space in the form of terraces at both ground and roof levels,” said Barbara Gordon, executive director of the Frank Lloyd Wright Building Conservancy. “This highly unified design is a model for the modern interpretation of indigenous forms. Its ornamentation, while suited to the theatricality of its setting and its use as an arts complex as well as a residence, is integral to its form. It is exciting to think that by being inscribed to the World Heritage list, this building belongs to the people of the world and it is the joint responsibility of all nations to ensure its preservation and protection.”

“I am pleased that the Hollyhock House, an architectural treasure right in our own backyard, is being recognized by the UNESCO World Heritage Committee,” Schiff said. “Frank Lloyd Wright’s vision and creativity have left an indelible mark on Los Angeles, and his buildings constitute a profound contribution to our shared cultural heritage. It is my hope that this UNESCO designation brings many visitors, from Los Angeles and across the world, to Barnsdall Art Park to appreciate this unique architectural gem.”

“Hollyhock House, an architectural gem of the 13th District, now has an official sign announcing the UNESCO designation to every visitor who comes to view the beauty of this Frank Lloyd Wright-designed masterpiece,” O’Farrell said. “The unveiling of the plaque underscores what we already know: the structure represents an unparalleled symbol of cultural heritage and an outstanding contribution to design in the city of Los Angeles and the world.”

Hollyhock House is operated by the Los Angeles Department of Cultural Affairs and is open for self-guided tours from 11 a.m. to 4 p.m., Thursday through Sunday. Barnsdall Art Park is located at 4800 Hollywood Blvd. For information, visit barnsdall.org.

Newspapers to be delivered on Friday, Feb. 28

Crossing another bridge to house homeless