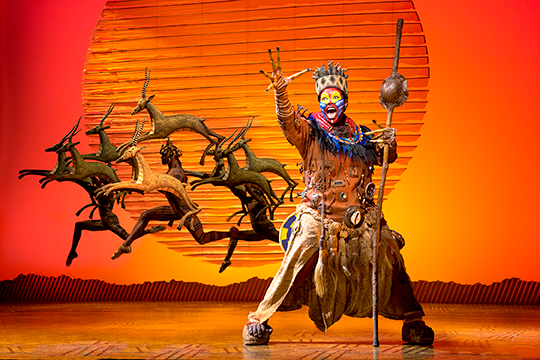 Broadway in Hollywood announced the Spectacular Spectaculars 2020-21 season, consisting of seven Broadway national tour productions which will play at both the Dolby Theatre and Pantages Theatre in Hollywood.

“Last year we were blown away by the positive response to our season announcement with shows at both the Hollywood Pantages and Dolby Theatres. This season is truly the perfect marriage of Broadway and Hollywood, as many of our blockbuster shows draw their inspiration from Hollywood itself,” said Jeff Loeb, general manager of Broadway in Hollywood.

Running from Nov. 3-22, 2020, at the Dolby Theatre, Daniel Fish’s production of Rodgers and Hammerstein’s “Oklahoma!” allows the classic musical to be seen in a new light.

Following its close, “The Cher Show” will play at the Dolby Theatre from March 23-April 11, 2021. The show tells the story of singer and actress Cher, featuring direction by Tony Award nominee Jason Moore and choreography by Tony Award winner Christopher Gattelli.

“Tootsie” will run from April 13-May 2, 2021, at the Dolby Theatre. Based on the 1982 film of the same name, the musical features a Tony-winning book by Robert Horn and score by Tony winner David Yazbek.

“Aida,” which tells the story of star-crossed lovers from feuding nations, will also debut at the Dolby Theatre. Running from May 13-June 5, 2021, the show features scenery, costumes and lighting from the producers of “The Lion King” and “Frozen.”

“The Lion King” will kick off at the Hollywood Pantages Theatre and runs from June 25-Sept. 5, 2021. Tony Award-winners Julie Taymor joins Garth Fagan in bringing to life some of Broadway’s most recognizable music written by Elton John and Tim Rice.

The 2020-21 season concludes at the Hollywood Pantages Theatre with “Moulin Rouge! The Musical.” Directed by Alex Timbers, the performance brings Baz Luhrmann’s film to life onstage and runs from Oct. 13, 2021-Jan. 2, 2022.